Board of Police Commissioners waits on other stakeholders to move forward on Wortley report recommendations. 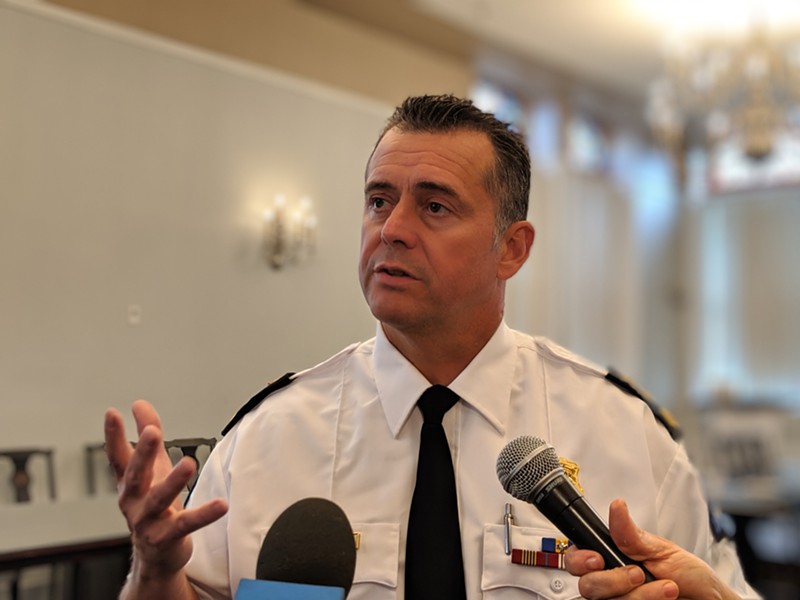 At this week’s board of police comissioners meeting Halifax police chief Dan Kinsella said HRP is keeping its plan from June 2019 to purge all data and metadata regarding street checks in December 2020.

In March 2019 the Nova Scotia Human Rights Commission and Scot Wortley released their report on street checks which reported on racial bias in the street check practice finding that Black men are six times more likely to be stopped by police than white men in Halifax, among other things.

Action on the report’s 76 recommendations are dependent on four main pillars, first being the province and the department of justice, second being an inquiry into the legality of street checks from the Nova Scotia Human Rights Commission, Halifax’s board of police commissioners and finally the HRP and Halifax RCMP.

Kinsella says the decision to retain metadata only until December 2020 is in part because of the risk of it being a large data set.

“If we take information out names, gender, dates, of birth, ages…all those kind of things…and the data set is still very large, there are individuals around who could potentially rebuild the data set, which could lead to identification and potential privacy issues down the road.”

He says with the questions raised by Wortley, ensuring they ask what the data is being kept for and how long it’s kept for led to the determination that “there is no real value to us keeping it beyond December 2020.”

The report recommends that if the province goes forward with regulation, a research committee should be convened to discuss best practices around data collection.

But in a regulation scenario the Wortley report also says “for ongoing research and evaluation purposes, all historical, pre-regulation street check data should be de-identified and retained,” adding that “historical street check dataset will further assist researchers in their examination of the relationship between race, gender, age and police surveillance activities.” Wortley suggests that should provide go-ahead with regulation of street checks, the historical data will assist in the evaluation of said regulation.

At the meeting commissioner and chair Natalie Borden also brought a motion asking for HRP to look into data collection on police stops in an attempt to keep the street check file moving forward. Police stops are distinct from street checks but often included in the umbrella of opportunity for racial bias in policing. This piece, like many of the Wortley report recommendations are dependent the upcoming Nova Scotia Human Rights Commission consideration of the legality of street checks, which Borden says should be on the agenda at next month’s Board of Police Commissioners meeting.

Borden also updated the board of police commissioners on the status of the province’s working group, saying they are doing some restructuring and reconsidering—read: soul searching—what the mission of the group is as the province moves towards regulation.

City councillor and commissioner Lindell Smith also brought forward a motion that at the next meeting HRP and the RCMP walk the commissioners through the process for sexual assault reporting and investigations, in light of a recent CBC article by Maggie Rahr, telling the story of the mishandling of Carrie Low’s sexual assault by Halifax Regional Police.