The alarming links between climate, ocean and cryosphere

What happens when the ocean takes the brunt—about 90 percent—of global heating. 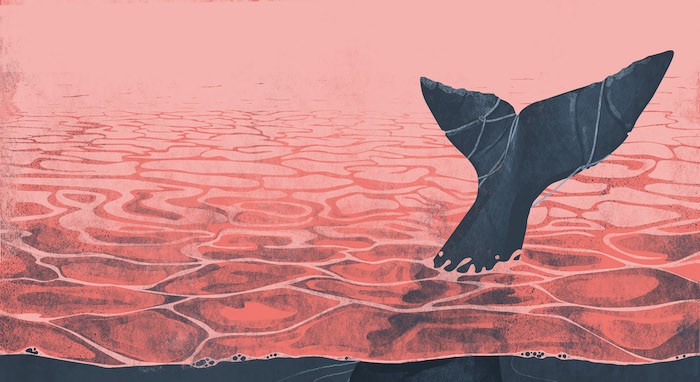 We depend on oceans for so much, including half the oxygen that keeps us alive. They’re a source of protein for many people worldwide, and they absorb much of the rising heat from our indiscriminate fossil fuel burning. So, why do we treat them so badly?

An alarming new Intergovernmental Panel on Climate Change report makes clear the link between climate, ocean and the cryosphere (places where water is in solid form, as ice or snow, including the Arctic and Antarctic, glaciers, permafrost, ice shelves, icebergs and sea ice).

The “Special Report on the Ocean and Cryosphere in a Changing Climate” concludes that unnaturally rapid, human-caused global warming is altering oceans and the cryosphere faster and at a much larger scale than predicted earlier. When ice and snow cover shrink under higher global temperatures, we can expect increasing landslides, avalanches, floods, wildfires and risks to water availability and quality. We’ll also feel impacts on “recreational activities, tourism, and cultural assets.”

Without serious action to address the crisis, severe impacts will continue to increase.

The ocean is talking the brunt of the excess heating, about 90 percent. Without serious action to address the crisis, severe impacts will continue to increase.

The IPCC notes greenhouse gas emissions and other human activity have already warmed the planet 1 C above pre-industrial levels. “There is overwhelming evidence that this is resulting in profound consequences for ecosystems and people. The ocean is warmer, more acidic and less productive. Melting glaciers and ice sheets are causing sea level rise, and coastal extreme events are becoming more severe.”

The report—by more than 100 authors from 36 countries who referenced about 7,000 scientific publications—found that, because greenhouse gases remain in the atmosphere for many years, already occurring trends will likely accelerate, including diminishing marine life, increasing storms, melting permafrost and shrinking ice caps. If we fail to reduce emissions and take other measures to slow global heating, the consequences will be far worse.

The IPCC has projected sea level rise by 2100 to be 10 centimetres more than it predicted in 2014—between 61 and 110 centimetres—mainly because Antarctic ice is melting faster than expected. The IPCC tends to be conservative in its estimates. Others predict sea levels could rise by as much as 238 centimetres if we don’t get emissions under control.

The researchers say that, even if warming is kept below 2 degrees Celcius, we can expect trillions of dollars in coastal damage every year and millions of migrants fleeing from coasts, now home to about two billion people.

In every scenario the IPCC examined, it found extreme sea level events that previously occurred every 100 years will likely happen every year by 2050 at many locations. These include more intense, frequent tropical storms with stronger winds and more rainfall, increasing harm to kelp forests and other important ecosystems, coral reef destruction, declining food fisheries and increased flooding from rising sea levels. Loss of ice and snow cover also causes feedback loops that speed up warming, as snow and ice reflect heat while dark surfaces absorb it.

A OneOcean initiative news release points out that three of the most serious impacts of climate breakdown on the ocean—acidification, heating and deoxygenation—have been present in every mass extinction in Earth’s history. This severity means controlling other stressors is critical. “Overfishing, pollution, destruction of habitats, ecosystems and biodiversity are all stressors that can be stopped in order to support the resilience of the ocean to withstand the climate crisis,” the release says.

As with all climate-related problems, there’s no shortage of solutions; we just need the political will to implement them.

OneOcean recommends protecting under international law the two-thirds of ocean that makes up the high seas (those areas outside national jurisdictions), curtailing overfishing and pollution, strengthening biodiversity targets and tackling climate disruption in every way possible.

Our profligate burning of fossil fuels and destruction of water and land areas that absorb excess carbon have already set unavoidable consequences in motion, but it’s not too late to avoid the most dire costs of climate disruption. We all need to heed the science and get on with solutions.