It was an important day for Halifax’s Black community as it heard, for the very first time, the official apology from one of the institutions that has caused it harm and grief for generations.

In mid-October, street checks—the police practice of watching or stopping citizens in order to gather police intelligence—were banned after being found illegal and an infringement on constitutional rights by an independent review from the Nova Scotia Human Rights Commission

An initial report released in March 2019 by the NSHRC found the practice specifically targets Black men, who are “five times more likely to be subject to a street check than their proportion of the population would predict."

Kinsella went on to announce HRP have committed to doing better moving forward. 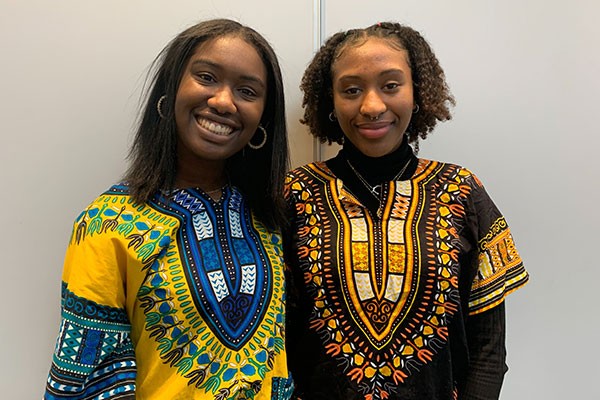 Before Kinsella spoke, two youth, Zamani Millar and Amariah Bernard, sang a moving rendition of “O Canada” and “Lift Every Voice and Sing” in front of the crowd.

“I felt very powerful, I felt I was standing with my community and speaking on behalf of us,” Millar said about her performance of the Black national anthem. “It emphasized the sense of unity.”

Millar and Bernard, 18 and 17 respectfully, are both hopeful and ready to hold HRP accountable for the commitments they made Friday. But they say the good fight is not over.

Nzingha Millar, 25, said that while the apology was a good start and an important milestone, more could be done to ensure the plans laid actually take place.

“The plans left out some very important issues,” Nzingha Millar said, “which is how the police force will specifically change the culture of policing within that institution.”

Nzingha Millar, who has been personally affected by street checks, said not enough has been done to address the emotional harm that was caused.

“Being here today in the south end to receive a long-overdue apology sends a powerful message to those who still believe that African Nova Scotians do not belong in the south end,” she said.

Millar also said that there’s an issue with the gendered lens that HRP is looking at the issue through. The focus, she said, has been mainly on Black men.

“Black women are also being affected by police interactions that are wrong, and they are also facing a double oppression of gender and race,” she adds.

HRP hasn't mentioned women specifically in any of its action planning. But it is forming an advisory committee—in “early 2020”—which Kinsella said will include the participation of members from the Black community.

Actions planned by the HRP include a “know your rights campaign,” which Kinsella said will provide information through paper handouts and social media messaging on what people should expect during interactions with police.


And Kinsella committed to hiring more Black officers “in order to better reflect the community” they served.


Nova Scotia RCMP has yet to apologize for its role in street checks. It is not taking responsibility until results from a national review on street checks is assessed.