HRM residents have one year to see their own street check records. 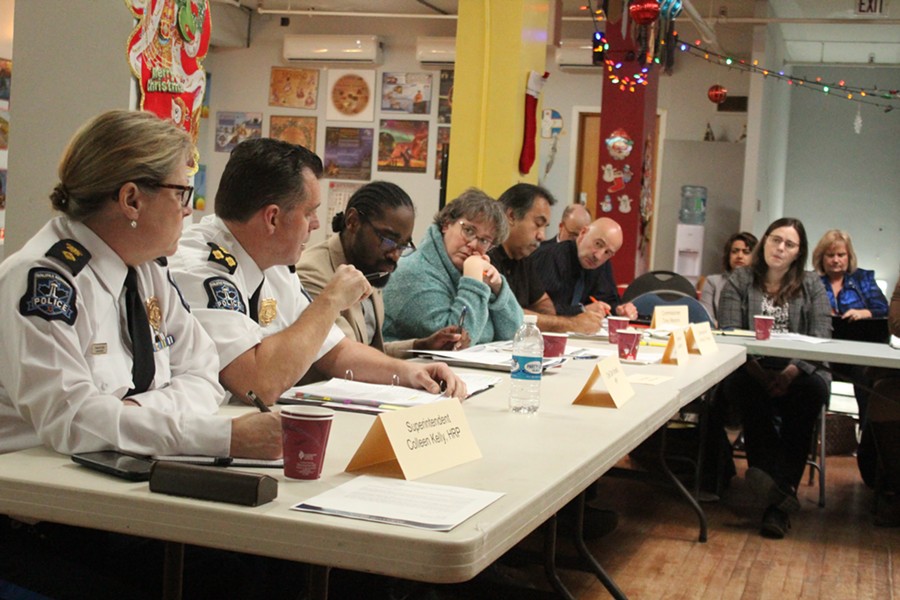 At a Board of Police Commissioners meeting on Monday, both the HRP and RCMP Chiefs gave updates on how community engagement is going following the Wortley Report.

The 186-page report from University of Toronto criminology professor Scot Wortley found that street checks overwhelmingly target people of colour. On average, from 2006 to 2017, Black people were six times more likely to be profiled than white people. It confirmed what the Black community had been saying about treatment from police for decades.

After the report was published in March, a permanent ban on street checks went in place in October and HRP Chief Dan Kinsella made a public apology on November 29.

On Monday, Kinsella told the Board that community engagement is continuing in several different ways.

“I’ve contacted a number of community representatives for input and had a lot of positive interest in getting involved personally and particularly there’s some excitement around the advisory committee,” he said.

Kinsella said HRP are also working on specific programs like the Know Your Rights campaign which partners with community groups to inform residents of their rights when stopped by police.

Kinsella said that the Department of Justice (DOJ) and the RCMP "have both shown interest in participating in the program and the DOJ particularly would like to take it province-wide."

Another program is teaching Nova Scotians how to navigate the Freedom of Information system to see if historical street check data was collected on them.

“We continue to have outreach with the community to let them know if they are interested in going through the FOIPOP process to try and find out what may or may not be in the system as it relates to them,” Kinsella explained.

Police say street check data will be anonymized by December 2020, so anyone who wants that information must request it before then.

“We want to make sure we get that message out and we’ll continue to focus on that and into the new year we’ll ramp up our social media campaign to make sure that if individuals are interested in gong through that process that they know how to do it,” Kinsella added.

In an update from RCMP Chief Superintendent Janice Grey, she told the Board that the Worley report is affecting how data is collected across the province.

“We have three internal—within the RCMP—working groups specifically for Wortley,” she said, including one on data collection alone.

The Board also approved a motion that Kinsella and Grey put together a plan on how they will address recommendations 1.1-1.7 of the Wortley Report which discuss what to do in the case there is a full ban. The plan must include notes on estimated timelines, specific actions steps, a method of tracking progress, and which organization should be held accountable.

Kinsella and Grey said they would not be able to give all the specifics but were willing to prepare a plan. “The majority of the recommendations have already been completed in one form or another,” Kinsella explained.

Natalie Borden, chair of the Board of Police Commissioners, said part of the goal of the motion was to hold other institutions accountable for their part in the Worley Report recommendations.

“There are a number of recommendations as well that are not the responsibility of HRP, RCMP or even the Board,” she said. “Part of our tracking from my perspective will be to identify those, because we certainly want to communicate back to whether it’s Human Rights or the DOJ, that some of these are their responsibility.”

The Board’s vice chair, Carole McDougall, said the RCMP and HRP should report to the Board for accountability’s sake. “This is pretty fundamental and really is a way for the board to track what’s going on. It’s not necessarily to say ‘Do this by this date,’ but it’s to keep us up to date,” she said.