We ask a marine biologist how scared we all should be of sharks. 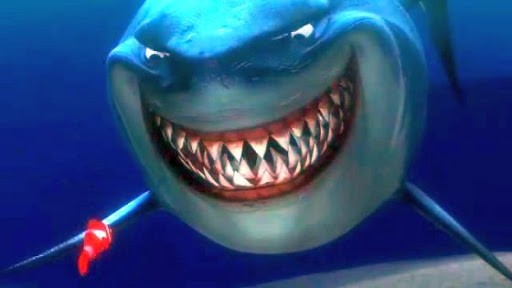 Every summer, it seems, the news breaks like a fin cutting the ocean's surface: A shark—or shark-looking-thing—has been spotted somewhere too close for comfort (although sometimes that can be as far away as Maine).  Every summer, we collectively freak out. Sometimes it feels warranted, like when a shark lookalike was spotted at Queensland Beach last weekend or when a woman was killed in a shark attack off the coast of Maine in late July.

But, really, before your pulse quickens too much, it's important to remember how rare a shark attack actually is.

Just ask Boris Worm, professor of marine biology at Dalhousie University: "Shark attacks are not becoming more common. If anything, fatal shark attacks are becoming exceedingly rare, which is a result of there being fewer sharks in the water overall, as we know, because they are an overfished species," he explains. "So, there are much less sharks around than there used to be: That’s factor number one. Factor number two is people are more educated—for example, not surfing in areas that have white sharks in them has reduced fatalities."

And if media hype has you feeling like this just isn't so, Worm has numbers to back it up: "Last year, 2019, according to the official shark attack file, there have been five confirmed fatal attacks in the whole world. To put that in perspective, there have been several thousand fatal lightning strikes in that same time."

So, are sharks a risk? Sure, but not the supersized one your imagination, headlines or a certain Steven Spielberg movie might make you think it is.

As Worm sees it, the threat "is not increasing, it’s not large—but it is there. So, it’s the same when I go hiking in the Rockies: I do have some knowledge how to behave if I encounter a bear and I use some precaution…not leaving food outside, for example, those kinds of things—so that’s something to bear in mind in the ocean as well."

Most people in the ocean die from “rogue waves,” adds Worm. And it turns out the most deadly organism in the ocean isn't a shark, but a jellyfish (like the Box Jellyfish found off the coast of Australia). "There’s a lot of things out to get us and sharks are the least of our worries," Worm adds with a laugh.

He also says that of the 500 known species of sharks, only three to four have ever caused harm to humans. The put-upon predators have also been around for over 450 million years—making them older than trees. (Worm adds that if you wanna learn more about sharks and the ocean in general, you need to check out the new Ocean School, an online learning hub backed by both Dal and the National Film Board that he is the scientific director of. It's totally free, totally awesome and you can check it out here.)

"I think Jaws probably tapped into a large underlying psychology of being afraid of places we can’t see well, we don’t know very well. And, all things considered, we are fairly ignorant about the ocean," he adds when asked about how movies and pop culture have fed our fear of the finned foes.

"But, we need to remind ourselves that the ocean is a wild place and we need to treat it as a wild place," he adds. "I take issue sometimes with the Nova Scotia licence plate, which highlights Nova Scotia as Canada’s Ocean Playground—it’s not a playground. A playground is a human-created safe space for kids to be carefree, and the ocean is not that place. The ocean is, in many ways, a foreign place to us and a place of many risks. Sharks are one of the risks but one of the smallest risks you encounter."
Prev
Next