Calling all Humani-T-arians! Trade your generousity for cool treats 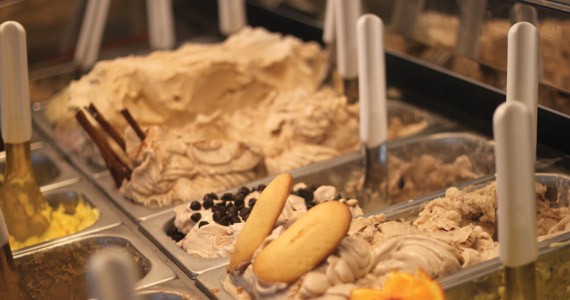 Whoever said the best things in life are free was definitely onto something. Case in point, on April 15, Humani-T Cafe will be giving away free gelato at the launch of it’s first annual Humanity Day. All these lovely Humani-T-arian folk are asking in return for their delicious gelato is for a little generousity in the form of a donation to the IWK. Gelato in return for generousity—talk about a win-win. The fundraiser is set to occur annually with proceeds going to a different charity each year. Volunteers with donation boxes will be posted up at the event ready to collect your cash while you go to town on the free gelato. As far as flavors go, the world is your oyster. From classic fruity varieties to chocolaty concoctions, Humani-T has 18 flavors to choose from —six of which are dairy-free. And yes, this glorious event will be taking place at both Humani-T Café locations (5755 Young Street and 1451 South Park Street). It’s going down from 2 to 8pm, giving you a six-hour window of opportunity to get out there and get gluttonous, all in the name of charity.