The summer of vegan continues, with a new restaurant on Charles Street 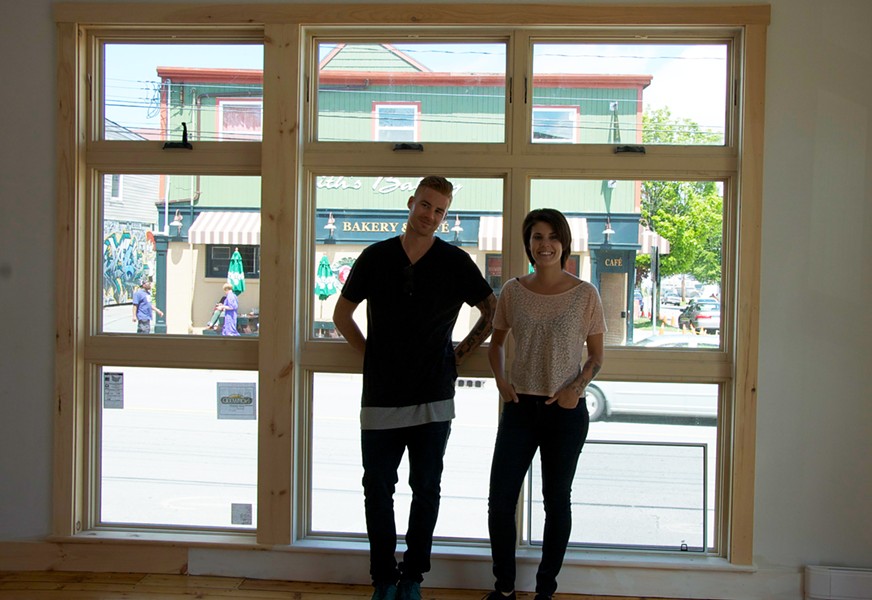 Diandra Phipps and Cory Urquhart have finally found a home for their vegan vision, right in the north end. With an expected opening for July, the couple is taking their knowledge of vegan cuisine and using it to serve up delicious food via their new restaurant enVie - A Vegan Kitchen, at the corner of Charles and Agricola streets.

“The support from the community has been overwhelming,” says Phipps, who mentions they've received Facebook messages from people saying their food—they currently sell to-go meals sold at Alderney Landing Market and Local Source Market—has helped with their chronic illnesses. Not simply vegan, enVie aims to prepare food that is also gluten-free and as local and organic as possible, all while trying to steer away from using refined sugar.

Both Phipps and Urquhart are vegans themselves. Phipps made the change because of influence from her vegan sister and vegetarian mother. Urquhart eased into it, saying if it weren’t for Phipps he might never have made the switch.

Learning the ropes while helping a friend open, and run, a vegan restaurant Heilbronn, Germany called VELO, Phipps is no stranger to serving up good food that's friendly to the environment, and the body. Now she's working with Urquhart to bring delicious food to Halifax customers, vegan or otherwise.

“Everyone will enjoy our style of food,” says Urquhart. “People underestimate what you can do.” He and Phipps both reinforce that people tend to be surprised by how full and satisfied they are after a vegan meal. With plans for a frequently changing menu, inspired by the season, the food will be a consistently new experience that's fresh, healthy, affordable, worldly and served in large portions. Indian and Thai are two cuisines the pair say they’ll probably sample, as both suit the vegan lifestyle.

Though enVie's dishes might transport your tastes to places around the world, Urquhart and Phipps want you to feel immediately comfortable in the space, even if you're only coming into the restaurant’s cafe portion for a cup of coffee. “We want people to feel like they’re coming into our home,” says Phipps.