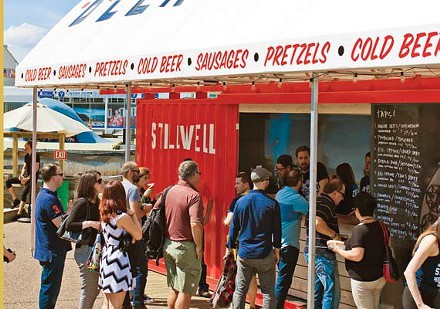 After a successful inaugural summer on the Halifax Waterfront, and a surprisingly trying search for a new location, Stillwell has was scored a new spot for its open air beer garden on the corner of Spring Garden Road and South Park Street. Come early June, the Stillwell Beergarden will be slinging local craft beers from the longtime empty 4,800 square foot lot between Eastlink and Bookmark (where City Pizza burnt down in 2008).

"Spring Garden Road is an interesting sell to our customers. I like the vibe of that corner. The park is there, it’s just a cool part of the city. It's a very different vibe from the waterfront, and different from what we’ve done on Cornwallis," says Stillwell's Christopher Reynolds. "The beer garden project for me is really fun because it can become what the space needs it to be." 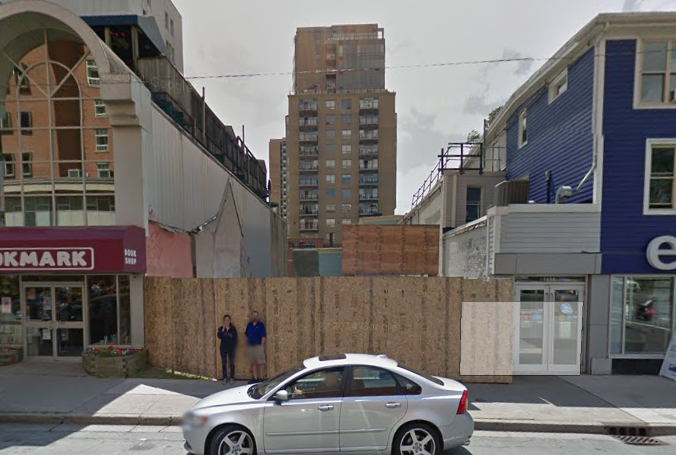 This space will have a chill, oasis-like vibe, he says—think plants, picnic tables and twinkly lights—with gated entrances on both Spring Garden and South Park sides of the lot. Last year's bright red shipping container bar will make itself at home there, serving up 10 taps of cold craft beer, like Big Spruce’s Silver Tart, and a new gose—a sour, salt-tinged German-style beer—that Stillwell has collaborated on with North Brewing. For food, a "summer barbecue" inspired 10-to-12 dish menu will be planned and executed by Stillwell sous chef Joe Martin. "On a stick, on a bun, and more," says Reynolds."Happy summer barbecue foods basically."

"We’re so lucky to be partnering with business owners who we have looked up to from day one," the Adamskis say, via email. "It’s so refreshing to work with people who aren’t afraid to think outside the box and actively try to push the boundaries of what their business is capable of. Especially in a city that doesn’t always reward that kind of thinking."

"Our goal," the Adamskis say, "is that when people look back on summer 2016, they conjure up images of hanging out with their favourite pals on the sunniest, nicest day, with fingers sticky from double-fisting their ridiculous ice cream cone and their favourite craft beer."

Reynolds says the Stillwell Beergarden will call Spring Garden and South Park home for at least two summers, possibly three. "I don't want to look for another beer garden ever again," he adds, laughing.