The much-loved food truck is looking for new owners. 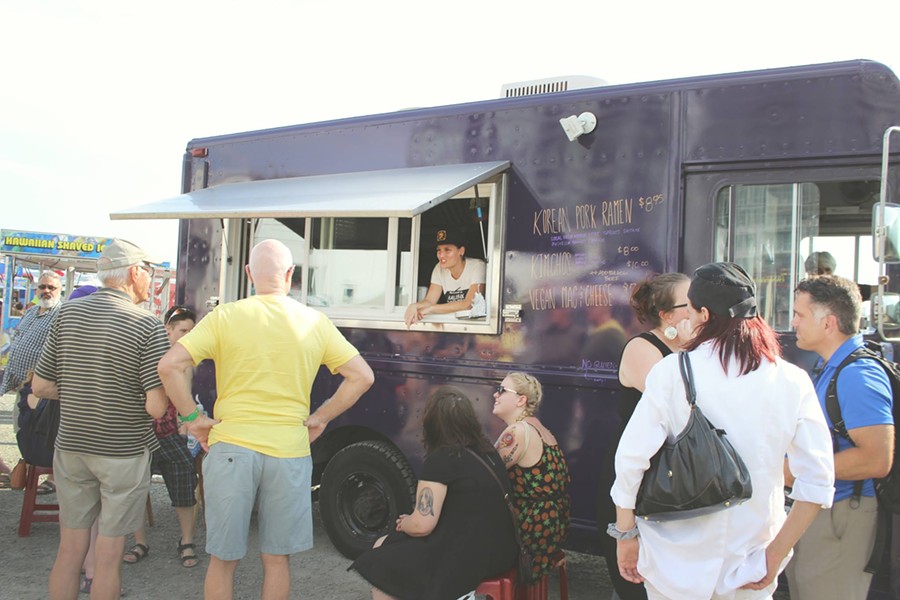 The next time you stop by the Food Wolf, someone new may be dishing out your K-dogs.

Co-owners Natalie Chavarie and Virgil Muir have decided to sell the popular food truck, which first hit HRM’s streets in 2013.

“It was a really personal decision to work through,” says Chavarie.

For her, the incentive for selling comes down to time. While the Food Wolf requires 100 percent of her time, Chavarie is only willing and able to give about 25 percent. She works full-time in addition to her role with the Wolf.

“A lot of food trucks operate with two people and it works,” says Chavarie. “But when you only have one-point-a-quarter…it makes it really hard to keep going.”

Over the last three years, Chavarie and Muir collaborated with a variety of local businesses—North Brewing, Timber Lounge and the Mayflower Curling Club, to name a few.

Now, the co-owners are looking for the right person to take the wheel. They’re open to anyone who is serious about taking on the business, but Chavarie imagines the best fit might be someone who already owns a restaurant in the city.

“My gut feeling would be someone who needs a creative outlet for an existing business and wants to expand,” she explains. “The food truck is really perfect as a complementary business.”

Although Chavarie’s days at the Food Wolf are coming to a close, she hopes it will open a door for someone else.

“It was really special to have the opportunity to make cool things happen in Halifax,” she says.