Ciboulette is expanding, re-opening as the Bird's Nest

The Nest is yet to come 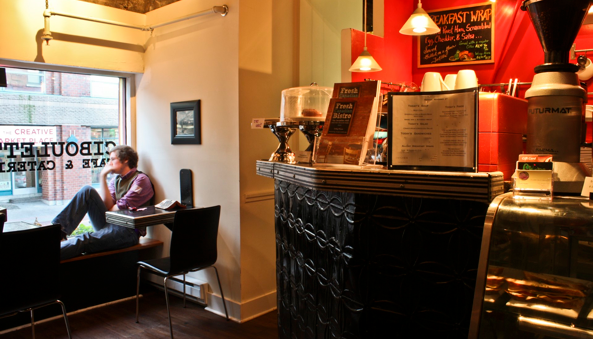 After over nine years as a tucked-away upstairs gem at 1541 Barrington Street, Ciboulette Cafe & Catering is ready to sparkle a little brighter from a street-level location next-door.

“We outgrew the spot many years ago, but until now I’ve been struggling to find the right venue to expand into,” says owner Brady Muller who affectionately calls her new home—which was most recently Auntie’s dispensary— the old Loop (1547 Barrington Street). By expanding, the cafe will be able to move its kitchen equipment (it’s currently sharing a space with its neighbour, Chives Canadian Bistro) and set up an open-concept restaurant that’s more “sit-down friendly” than its current nook, offering up 40-ish seats. “It’s a huge improvement over our eight seats we currently have,” says Muller.

“For years we know that people walk by us every day and do not know that we’re there. It’s really exciting to hear comments since the announcement of the expansion and people are saying, ‘I never heard of this place, I never knew it was there’,” she adds. “We do have a loyal following, but we’re excited to see what will happen when we’re more visible. I think we have a lot of opportunity in front of us right now.”

With the move also comes a new name for Ciboulette. When it re-opens in the early fall it’ll be called the Bird’s Nest, a nod to a nickname and an excuse to start fresh.

“We’ll be keeping our existing space as a little reading room and have it available to private meeting rentals, tucked in the eves as our little nest,” says Muller, adding that Ciboulette—which she originally opened in partnership with Chives, but has since bought out—had always been a difficult word for customers to pronounce and spell. The tried and true menu items will be sticking around, but the Bird’s Nest will expand its offerings thanks to less constraints in the kitchen. Muller is particularly excited about the fact that her new location makes for an entirely food and drink centric block of Barrington Street.

“We are all very tight,” she says of her neighbours The Old Apothecary and Chives. “The Chives and 2 Doors Door family and I are truly family. I immigrated to this country after coming on vacation here and having a meal at Chives and deciding to go into the restaurant industry. It has literally been a home base for me for over a decade.”