Off Track is bringing a brewery to Bedford

The brewery is expected to open in early October. 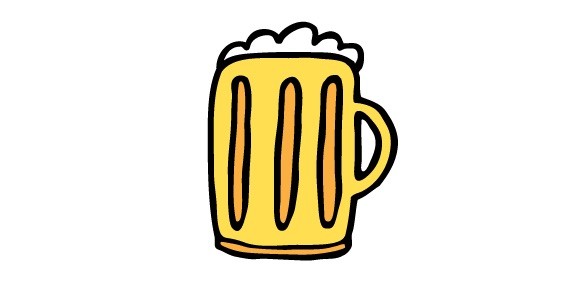 After several years of brewing beer at home, Allan MacKay is following his passion and brewing up a business. Off Track Brewing (275 Rocky Lake Drive), Bedford’s first craft brewery, is opening this fall.

“I always loved brewing beer,” says MacKay. “I have some friends here in the city that brew quite a bit as well, so that was always a nice thing to get together—a nice social thing.”

MacKay got more serious about making beer after participating in one of Good Robot’s homebrew tap takeovers last summer. He created a peanut butter stout for the occasion, inspired by Nutty Uncle Peanut Butter Stout from Dead Frog Brewery in British Columbia. MacKay’s version was a hit.

“It went over really, really, well. So then I started to think about it on a different level.”

MacKay decided to pursue brewing as a full-time gig. He’s teaming up with Matt Scott and Jon Saunders—both Nova Scotians who had left the province for work, but wanted to come back.

MacKay’s first instinct was to start a brewery in his hometown of Antigonish, but “logistically, it just doesn’t work for us uproot and move there.” Instead, they went with Bedford, where both Scott and Saunders are from.

“We’re all, obviously, huge fans of beer, so the idea of coming home was really appealing,” says MacKay. “And starting a brewery—I don’t know how that can’t be appealing.”

The team looked at upwards of 20 different locations until they found one that suited their needs, settling on Rocky Lake.

For Off Track’s first set of beers, MacKay is leaning to the light side: A pale ale, an American wheat beer and a Kölsch. He’s also bringing back the peanut butter stout for those who may have missed it at GRBCo. From there, the brewery will be rolling out experimental recipes through a smaller, half-barrel system. “Whatever catches on” has the potential to be part of Off Tracks permanent rotation, says MacKay.

He hopes that, as time goes on, Off Track will become a staple business in Bedford.

“You know where The Chickenburger is, you know where Finbar’s—the original—is. Everyone knows those spots, that’s Bedford,” says MacKay. “We want to be Bedford’s brewery.”

Off Track is expected to open in early October.