The prize-winning pints of the Atlantic Canadian Beer Awards

A re-cap of this year’s Atlantic Canadian Beer Awards from your buds, 902 BrewCast. 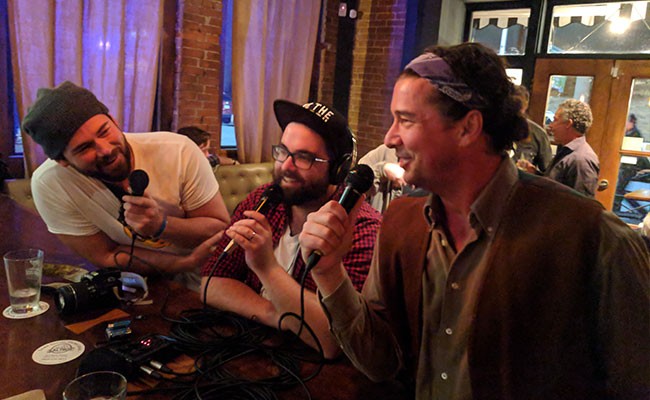 The fourth annual Atlantic Canadian Beer Awards were presented this past weekend at the Stubborn Goat in downtown Halifax. The awards showcased the best in beer and cider from around the Atlantic region, with a whopping 321 entries submitted from New Brunswick, Newfoundland, Nova Scotia and PEI (which is up from 257 total entries in 2016).

Organizers Mark DeWolfe and Becky Grant from the Canadian Association of Professional Sommeliers were charged with getting all of the entries into one place, then organizing them by category and subcategory. In the end, there were 296 beers submitted from 43 breweries and brewpubs, as well as 25 ciders from seven different cider houses. Over the course of 18 hours, and with the help of eight stewards, 20 judges tasted and scored the entries based on a tailored version of the Beer Judge Certification Program guidelines.

Amongst all the buzz during the reception before the awards was a sense that or lose, the were a chance for the breweries, their staff and their families to celebrate the accomplishments of the last year, the work that goes into crafting great beer and cider, and the camaraderie that comes with being a part of the ever-improving Atlantic craft beer and cider scene.

Through the course of the awards there were cheers and laughs as winners were read out, and you could feel the support of the community for each of the winners as congratulations were shared.
As far as the notable awards go, Big Spruce Brewing of Nyanza was awarded Brewery of the Year while also winning gold for Belgian Specialty Ale and silver in three other categories. Halifax newcomers Chain-Yard Urban Cidery won Cider House of the Year, along with gold in the Standard Cider Category and bronze in Specialty Cider. The beer and cider that scored the highest individual scores were then awarded ACBAs for Beer and Cider of the Year, with the Sterling Hefeweizen from Breton Brewing of Sydney winning the top honour for beer and the Fall Cider from Fredericton’s Red Rover winning for cider.

After the awards portion of the evening, there was a four-course dinner prepared by the Stubborn Goat with each course paired with a beer. Breweries highlighted in the pairings were Garrison, Spindrift, Big Spruce and Breton. The event quickly sold out this year with seats going to brewery staff, judges and any craft beer fan that wanted to attend. Now that the over, the next big awards event for beer is the Canadian Beer Awards, which will be taking place in Halifax in May of 2018.

To hear interviews with some of the ACBA winners, check out 902 BrewCast's latest episode here, it'll be live October 31.