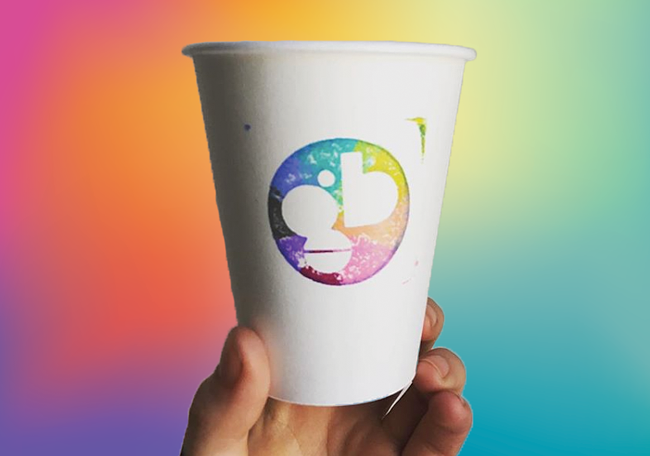 Glitter Bean Cafe is the newest cooperative cafe to hit Halifax, started by the same baristas who worked at the Smiling Goat.

“It’s a model that we think empowers workers, it’s also a model we think shares the workload and minimizes hierarchy,” says Charlie Huntley, vice-president of the cooperative and a barista.

The idea to start their own cafe was talked about between the workers at the Smiling Goat for years, but after the 5896 Spring Garden Road location (which was formerly a Just Us!) closed in April, its staff decided to make it a reality.

“We signed an agreement with Just Us! for a reduced rent if we carry their coffee, and some funding from our union, and we found some personal funding as well,” says Huntley. “So we were able to pull it off financially which was a major component we were missing before now.”

Glitter Bean is set to be the first queer themed cafe in the city.

“It’s explicitly queer but not exclusively queer,” says Huntley. “It centres on queerness and a queer aesthetic and queer workers and queer customers, but also we want it to be open and welcoming and make other people feel safe as well.”

“Having a queer cafe in the city is important because there are very few queer spaces in Halifax at the moment,” says Huntley. “A cafe is an establishment where younger folks, folks who are underage and queer, can go. It’s also just important to build queer community and have a space where queer folks an feel safe and feel represented and feel reflected in the workforce at the business.”

Glitter Bean plans to open by the second week of July, but the date has not been finalized.

“We wear queerness on our sleeves," says Huntley, "it just made sense for us to open a cafe that aligned with our values and aesthetics.”