All aboard Maritime Express Cider

Valley-based cidery gears up for its grand opening. 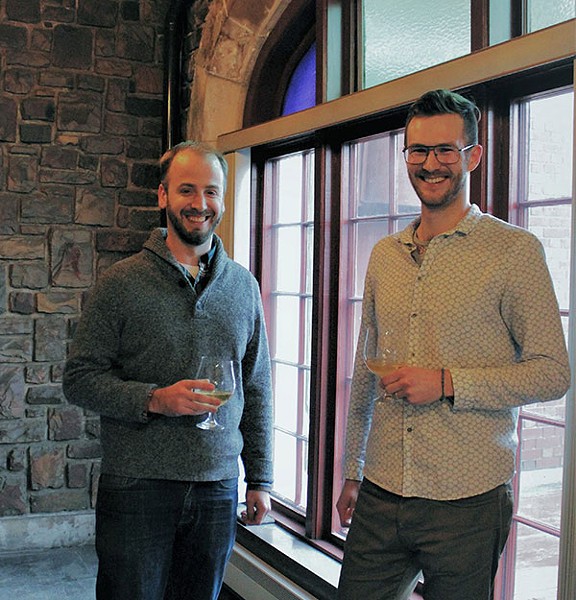 Doidge hails from Hamilton, Ontario, and made his way to Nova Scotia back in June 2016. He’s been crafting wine and cider from home for a decade now, so when he landed in Kentville he saw the opportunity for business.

“I knew there was a great apple region and wine region, but I didn’t know how great it was and how people support it,” says Doidge. He and his wife “fell in love with” the area, and he expects they’ll be living there for good.

When Doidge started poking around for possible taproom locations, he wound up meeting Hearn—who happened to want to open a cidery as well. Instead of ending up with competing businesses, the two teamed up.

“We both have a very similar vision for it—so that’s been great—and we work really well together,” says Doidge. He and Hearn pinned down a location in the historic Cornwallis Inn, which was once a luxury railway hotel. These days, it houses multiple businesses. “We just came and saw this spot and couldn’t believe the potential of it – with the stone floor, stone walls, the big patio we got put on and all that stuff.”

Maritime Express’ current offerings all have railway-themed names: The Flying Bluenose (a dry cider), The Dayliner (on the sweeter side) and The Roundhouse (rhubarb). Doidge is aiming to have a hopped cider on offer soon and a spiced cider for the holiday season, with more to come in the new year.