Doughnut worry, be happy: Vandal is back 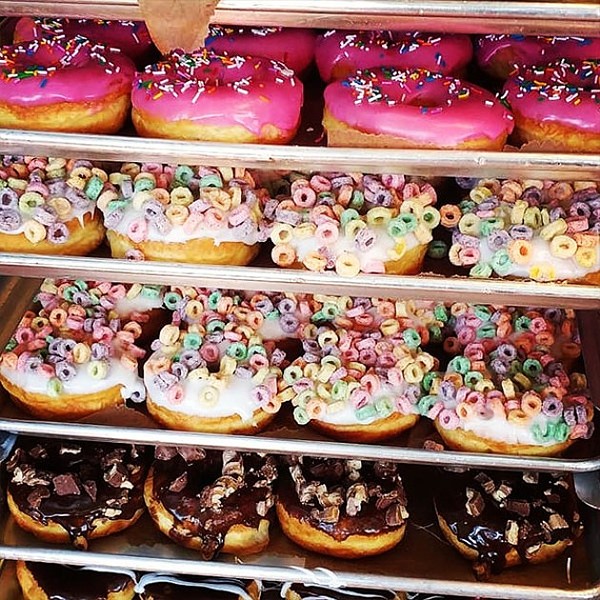 "We learned sometimes not-so-nice things happen to change the course of where you’re supposed to be,” says Nicole Tufts, co-owner of Vandal Doughnuts, of the whirlwind last few months. Back in the fall she and Sonia Mota announced they’d be moving their fried-dough biz out of its incredibly popular Gus’ Pub location and down to Gottingen Street. Then they announced they weren’t—after Tufts had a health scare it was in their best interest to sell Vandal instead. People freaked out, imagining their stomaches (and Instagram feeds) without regular doses of doughnuts.

“It got overwhelming. You want to put your personal well-being ahead of everything else. But after meeting these guys, we realized maybe it was just a matter of asking for help. Now we’re going start fresh with more hands, 24 staff and already-wicked north end business owners who get it.”

Ezra Edelstein, Frédéric Tandy and Jens Heidenreich are the “guys” she’s talking about; the trio behind Gottingen and Cornwallis’ The 244 will be teaming up with Tufts, Mota and their crew to bring Vandal back to life at 2150 Gottingen Street.

“As soon as we sat down with the crew from The 244 we got a fire in our bellies,” says Mota. “It’s been more of a personal development year for us. It feels good to be back—now that we have more help, we just get to be our naughty selves.”
The pair says you can expect “the same old Vandal” with the addition of all-day breakfast and two tills, for speedier service. They’ll also be completely revamping the location’s look, Tufts says. “It’ll be the first time we have control of our own space. It’ll be totally Vandal.”

The new-and-improved team will open the shop February 10, just before Valentine’s Day—the perfect timing to share the love with all of Vandal’s adoring and supportive fans who’ve been in touch with them over this transition period. And the wacky ideas are already flowing, Mota says. “Last year’s creations really motivated us to one-up ourselves.”
Prev
Next