Hop Scotch has a new home

Co-owners Stephanie Ogilvie and Brock Unger say owning a restaurant is a dream come true. “It’s been both of our dreams for a really long time to have our own restaurant,” Ogilvie says. “It’s actually really happening,” Unger adds.

The couple started Hop Scotch in their home in the fall of 2018, where they would cook eight-to-12-course meals for friends and colleagues to taste. “We had a little table that sat about six to eight people,” says Unger. “We just wanted to have like a sort of creative outlet that maybe we weren’t getting to explore as much as at our jobs.”

Ogilvie said the positive feedback they received encouraged them to take their pop-up to other restaurants. 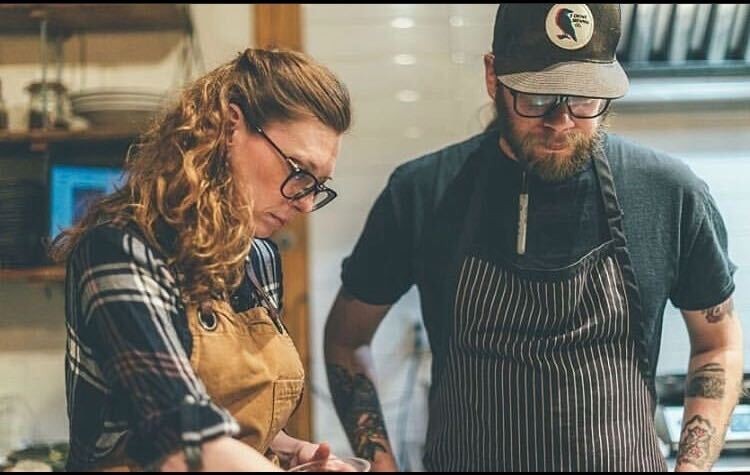 Ogilvie, who was the Chef de Cuisine at Chives Canadian Bistro, said owner Craig Flinn thought their successful pop-up restaurant should have a bigger space. “He really wanted to give us that opportunity to be able to have our own restaurant,” she says.

What started as a hobby and a side business for the couple is expanding into a bigger space in July, and they hope to keep offering their multi-course tasting menu once or twice a month.

The menu at Hop Scotch is focused on local ingredients. “It’s about using what’s around us here on the east coast and just trying to find new and interesting combinations of those flavours,” says Unger. “It could be like a fish and chips or a chowder or something that on paper you’re familiar with it, but then when you taste it it’s something new altogether.”

Ogilvie says even though the duo gets inventive with their cuisines, they try to educate people during their dinners. “The roots of it is always going to be eat local, support local,” she says. “We want to be able to share that with our diners when it was just little Hop Scotch pop up and what will be the restaurant itself.”

They have not yet decided on who the head chef will be. Ogilvie says both of them deserve the title, but Unger thinks otherwise. “Stephanie is without a doubt like more skilled than I am,” he says. “But I think we both definitely bring different things to the table.”