A transformation for Truly Tasty

The larger space next door will allow for more dine-in customers at Halifax’s longest-running ramen shop. 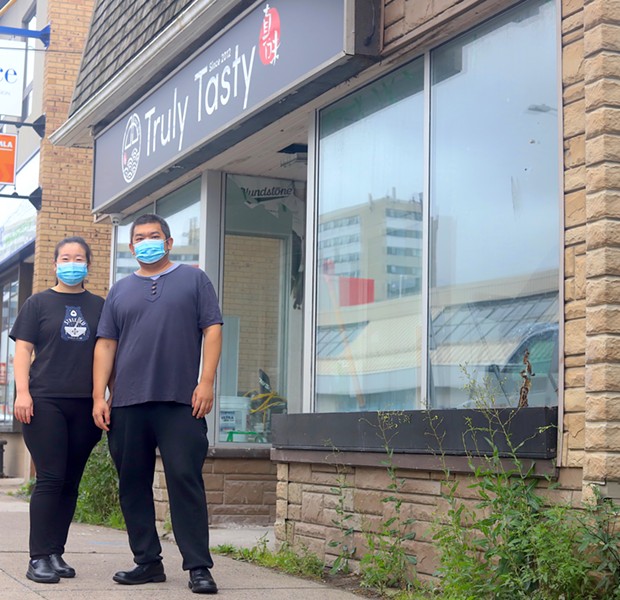 When Truly Tasty opened in 2012, the city of Halifax barely knew what ramen was, let alone the different styles, flavours and iterations served.

“To be honest we were the first ones to be open in the city, and I feel proud because my husband make the standard of the ramen in Halifax higher,” says co-owner Shanshan Liu.

Soon, Truly Tasty will raise the standard yet again, moving their operation into a newly renovated building with more space.

Along with her husband Jian Li, Liu has run the small shop for almost nine years on Quinpool Road with just 12 tables. Since the pandemic, there’s only been room for four tables.

“In May and June we just did takeout, so nobody came and eat here. Start from July we start slowly after the government say, like, yes you guys are 100 percent capacity you can open,” Liu tells The Coast. But when the province relaxed the gathering restrictions to allow full capacity in restaurants, it meant full capacity of the space with physical distancing between tables, not the pre-pandemic maximum of a crowded restaurant. “With limited space we cannot, definitely cannot have a hundred percent.”

The first few years in business, there was a steady stream of customers, but by the time Halifax’s ramen scene exploded around 2017 with the birth of Buta Ramen and recently closed Water & Bone, the line at Truly Tasty was out the door every day. “We’re always going to have daily fresh and homemade everything, house-made everything, so that will take time for preparation for sure,” Liu says, sitting beside Li at the sole table at the front of the restaurant looking onto the sidewalk. 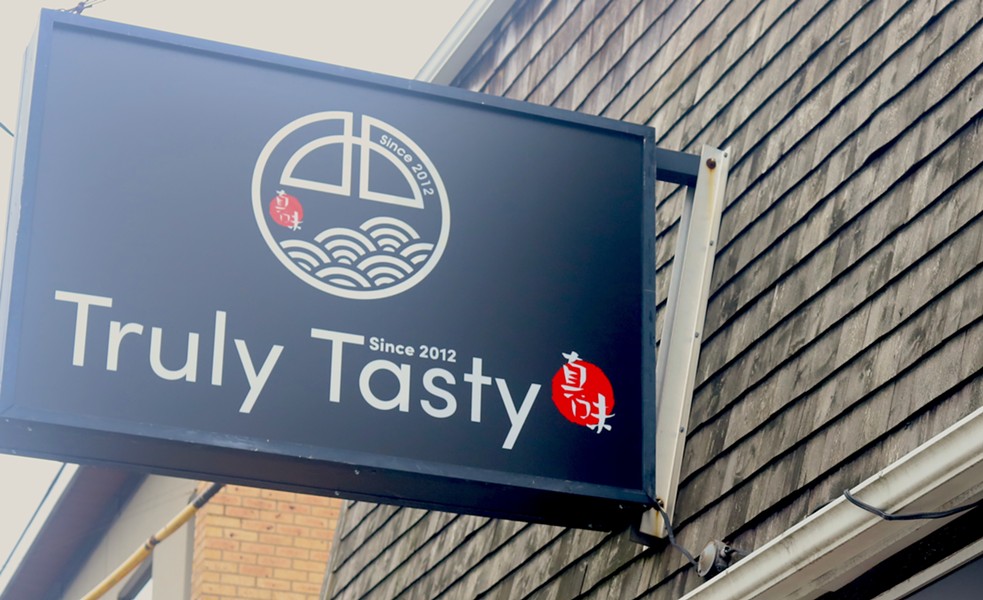 Truly Tasty’s hours—open noon to 3:30pm, and again from 4:30 to 8:30 or whenever they sell out—reflect the immense amount of work put into creating ramen from scratch. “Operating hours is six to seven hours, but we spend every day more than nine to 10 hours for preparing,” says Liu.

While both Liu and her husband have commerce degrees from Saint Mary’s University, he focuses on the cooking while she’s head of the business side of things. “My experience is mostly for the front part, for the servers and managing and for connection with the kitchen and the front,” she says. “But he has so much passion and talent with the kitchen part.”

Over the course of the pandemic, Truly Tasty had to cut back on operations and do something they’d never done before—takeout.

“Before, all my customers know we don’t do any takeout, we only want to make sure the quality is good. But the thing is we have to, we had to,” says Li. Putting broth and ingredients in three or four separate containers for customers to combine at home was something that worried the owners, but it was the only option. Thankfully, it was a hit.

“We kept asking all our regular customers feedback about the takeout. They love it, so we can continue,” says Liu.

Li and Liu purchased the new location more than a year ago—back in June 2019— and it was originally set to open in April, but of course, things changed.

“We don’t rush anyone, I say yeah OK, this happens, those things happen, we have to wait,” says Li. Adds Liu, “We just say we forgot about the timeline and the guidelines already, so let’s continue with it. Like, when we’re finished, we’re finished.” 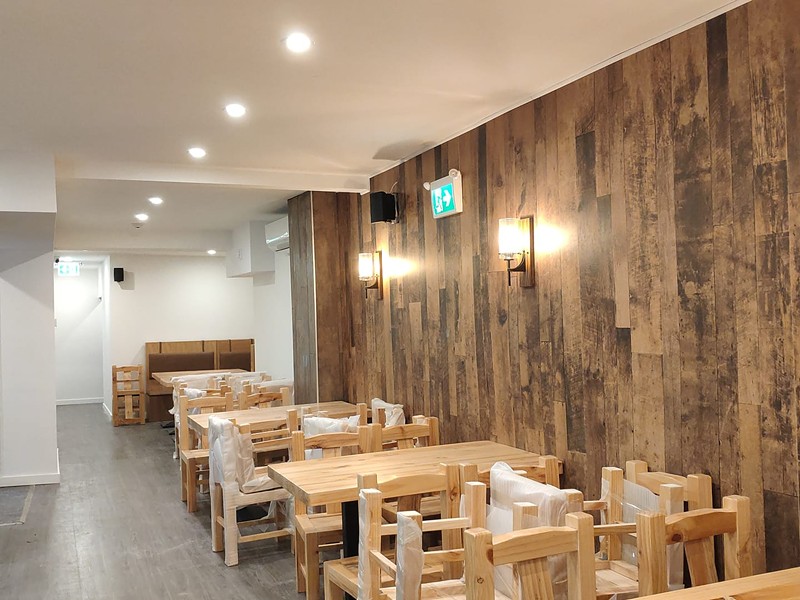 But Liu and Li say their loyal customers have stuck with them throughout the long lineups and months-long closure of the dining room brought by the pandemic.

“We can try our best to make the best quality to our customers, especially to our local community,” Li says, before dashing away to the kitchen to keep an eye on broth that’s already simmering before 11am on a Friday morning.

True fans of Truly Tasty will soon be able to experience the next iteration of the restaurant, just next door.

“I think over there, our plan is to keep what we have right now, and expand like much much more fun stuff,“ Liu says, alluding to weekend brunches and an expanding appetizer menu. “I think this time maybe is challenging and like difficult for most people, and we take this challenge and we have fun with it and we play with it, to create more stuff.”

The new Truly Tasty spot next door is set to open Friday, October 23, and will have room for about three times the tables currently in the restaurant. “Total space is 3,000 square feet,” says Li. “Right now maybe 10 tables, 12 tables so far, and if everything goes well maybe we can have more tables for then.”

Over the years, the couple says the restaurant has evolved to fit Halifax’s tastes. “It’s not the exact regional taste of Japan, because it has the regional taste and the feeling of the local market too,” Liu says. “If you really have the chance to go through like nine years menu, it has changed. And also the changes is based on the diet of, the feedback of the customers. Because each day we have the record of the ordering, so you know which dish is popular.”

Li says he’s excited about what the expansion means in terms of the continuously evolving menu.

“I know that a restaurant running our way is now very normal in Halifax, but I want all my customers know, maybe take a little bit of time, you can come try some high-quality food, that’s what we want people know,” he says. “We don’t want our loyal customers to be disappointed in our food, so that’s why we try our best.”

Li’s fondness for infusing local flavours even means he has a donair-inspired ramen on his list.

“He has so much creation in his mind already, and he write down, now he’s working on that. Even right now we have poutine on the menu already,” says Liu. “We use our chicken broth, homemade chicken broth and duck fat to make the flavour like that. So when you taste it, it’s Truly Tasty taste.”