The 20-year-old Barrington book store won't be renewing its lease in December, but is looking for a new owner 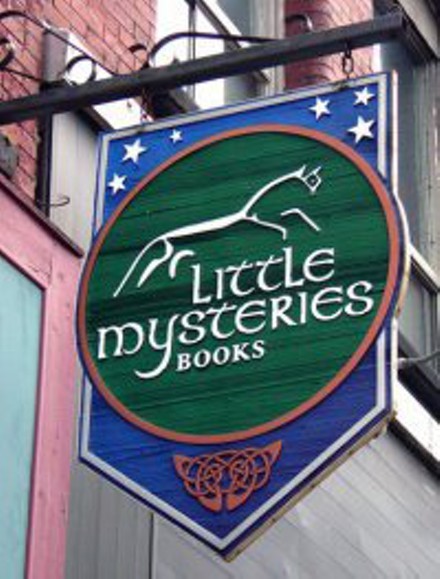 Little Mysteries Books (1663 Barrington Street) has been holding it down, selling books, crystals, oils and tarot readings downtown for 20 years. “In retail years, we’re positively ancient,” laughs Vanessa Smith who owns the store with her mother Sandra. Some web buzz arose in the last couple of weeks when a For Lease posting popped up on Kijiji with the shop’s address attached, but she says no need for regular customers to panic yet.

“We’ve had the business on-and-off for sale for a bit over a year now,” says Smith, who’s heading to the UK for grad school in the fall while her mother plans to enjoy retirement. “We don’t really have clear cut answers of what’s gong on, but we certainly hope there’ll be a buyer and Little Mysteries will continue”. There have been some potential buyers, folks interested in keeping the store downtown and keeping its legacy going, but nothing solid as of yet. Regardless Little Mysteries won’t renew its lease in December.

“I’ve been here since day one,” says Smith. “I’ve been saying, if this was my kid they’d be heading off to university themselves. I’ve had a successful run and have a new path I’m interested in pursuing. It feels like the time is right.”

Barrington books for sale
Prev
Next