Where I Work: Darling Tattoos

Take a look inside the west end’s ’50s-inspired, “dripping in extra” tattoo shop. 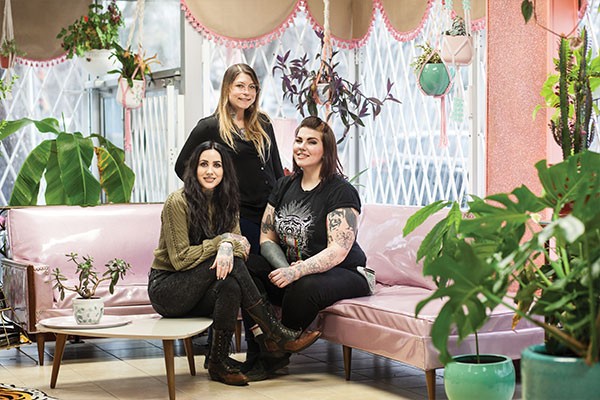 Helena Darling and Lacey Cormier co-own Darling Tattoos, a custom tattoo boutique that oozes with personality. After years of working at various tattoo shops—Darling for HFX Tattoo and Cormier for Divergence—they decided it was time to make their own glittery mark on the local scene. After discovering that they had a similar dream and aesthetic, they decided to open Darling Tattoos in August and were soon joined by Tasha Tonks in September.

“We’re the dream team,” Darling says. “My favourite thing about this place is  these two women.” Darling has known Tonks, a childhood friend, for decades. Meanwhile, Cormier met Darling years ago during her morning commute on the ferry. “I saw her and I had to introduce myself,” Cormier says. “After that, we became friends in the local tattoo scene.” 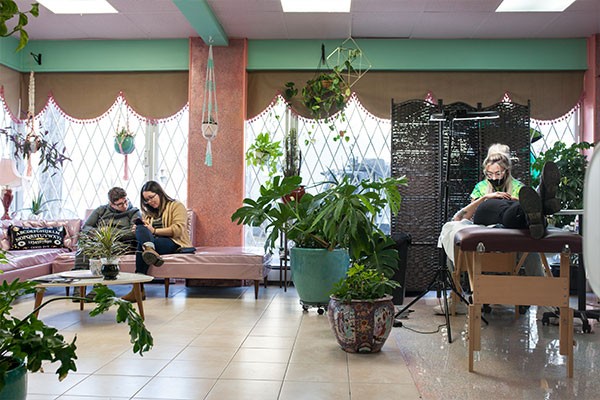 While Tonks specializes in American traditional and ornamental work, Cormier and Darling each have personalized neo-traditional tattoo styles. “I think you could look at any one of our tattoos and know who did it,” Tonks says. Decorating the walls of Darling Tattoos is an ever-expanding art collection, which includes a portrait of Cormier’s dog, a large painting in tribute to Darling’s cat and an array of work from local artists.

On top of being a tattoo shop, they’re also carving out a space for local art. Darling Tattoos hosts life drawing nights and they have an empty tattoo station that’s often occupied by guests. Last week, makeup artist Elle Munster spent two days offering freckles and eyebrows.“There’s no competition in art,” says Darling. “We’re hoping to be a destination where everyone feels inspired and invited.” 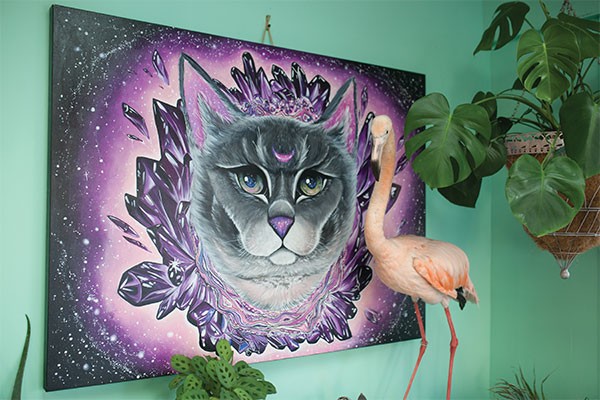 Where They Do It

It’s hard to miss Darling Tattoos on the corner of Oxford and Chebucto. Cars even occasionally slow down to catch a peek at the space. Amidst an explosion of colour and creativity, a taxidermied pink flamingo greets folks as upon entry. “When clients come in, their first reaction is to look around,” Tonks says. “It’s awesome to have people walk in and be happy before you even start talking to them.”

The floor is glittered and epoxied. The wallpaper is floral. The sink faucet is shaped like a dolphin. The curtains have tassels. A giant monstera lives next to a shiny reupholstered corner couch in the waiting area. Almost everything seems to be a shade of pink. On an average day, Darling can be heard singing to Cardi B or Celine Dion, but ’80s metal and goth make regular appearances too.

“We wanted it to feel like a beauty salon from the ’50s that a freaky art kid would feel at home in,” says Darling, who wrote to John Waters’ booking agent to invite the director of Pink Flamingos and Hairspray to baptize the shop.

“We wanted a place that’s warm and welcoming, not like your average tattoo shop that’s sterile and industrial,” Cormier says. “We wanted curves.” With their own space, Cormier and Darling were free to foster an inviting, feminine-inspired atmosphere that they hope will become an essential part of the local community. 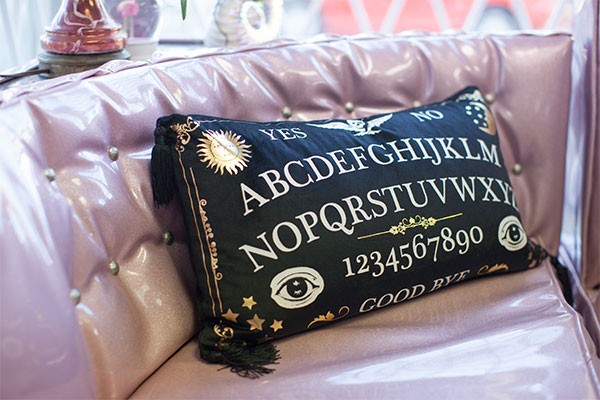 “I want to come to work early and stay late—I’m happy to be here every day,” Tonks says, capturing the essence of Darling Tattoos. The goal is to create a place where people feel at home in their own skin.