Indulgence celebrates 10 years in the business of intimacy 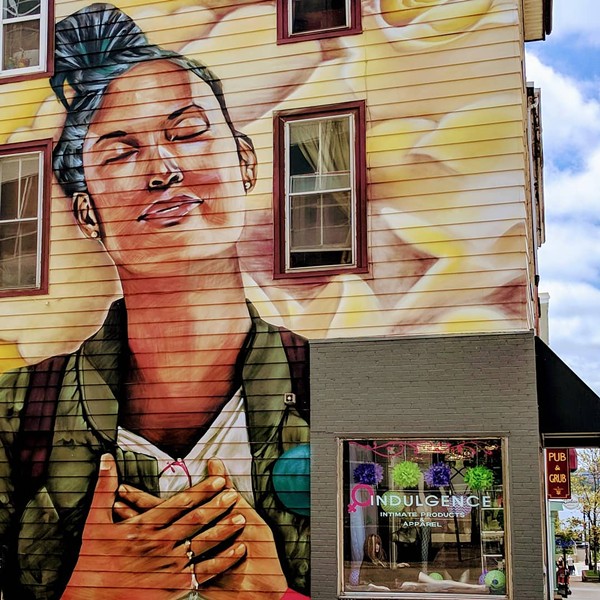 A decade ago, Shannon Marshall took a risk and opened a shop dedicated to intimate clothing and accessories—for women, by women—in downtown Dartmouth. At the time, the neighbourhood was quieter, the online world was worlds away from where it is today and the local options for safe, supportive, inclusive shops for sexy stuff were limited.

“I had been lucky enough to do a little bit of travelling in my early 20s and I saw a couple of shops in Europe that were just beautiful, and really geared towards women. They were selling garments in all sizes,” says Marshall of her inspiration. “I did a fair amount of market research with friends and colleagues, and a lot of places just kind of creeped us out. Everyone has their demographic but no one was targeting women. You’ve got big box stores with lots of lingerie but they stop at extra-large. My number one size I can’t keep in the store is 2X. ”

Her shop, Indulgence Intimate Products & Apparel (30 Portland Street), was born out of this idea in 2009 and became a reality thanks to from her mother, and retail boss, Barbara. At the time the boutique brought books, bras, lingerie, sex toys, sensual creams and lubes to the table.

“As we became more established we’ve eliminated bras and books because there’s a fantastic bookstore across the pond at Venus Envy, and there are fantastic bra stores like Lily’s and Custom Curves. So we thought, let’s stick to what we’re good at,” says Marshall.

And that’s putting shoppers at ease in an environment that can be awkward to navigate.

Indulgence still sells a wide variety of naughty apparel, bondage, vibrators, games and oils—online and in-store— and aims to make the process of buying them simple. “The first challenge is getting people in the door, the second is to make them comfortable enough to actually ask the questions they want answers for,” says Marshall. “There is that mindset where people still tend to be embarrassed. Everyone has those friends that are really open, but the bulk of people are shy.” She credits shop dog, Goldie the golden retriever, with helping to set a chill tone for Indulgence.

Ten years in, Marshall says it's been a rollercoaster making her entrepreneurial dreams come true, and she's thankful for the support of her neighbours, fellow small business owners and, of course, the customers.

"It leaves me speechless to be honest. I never really thought we’d make it this far, there’ve been times we’ve wanted to give up," she says. "This will be the best summer ever for downtown Dartmouth."