With people spending more time at home due to Covid, the holiday spirit arrived early in 2020. 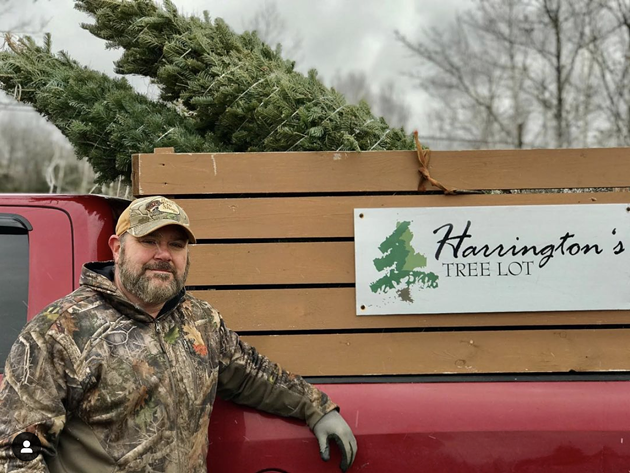 Harrington’s Tree lot has been selling Christmas trees for more than two decades at the bottom of Kearney Lake Road where it meets the Bedford Highway.

“It’s a three-generation business here, and we’ve been here for 25 years,” says Chris Harrington, son of Keith and Marie Harrington, who started the lot in the 1990s.

Typically, the lot would open on or around December 1. But this year, when it opened on November 28, people were already raring to go. “Even when we’re opening then, people were kind of saying ‘jeez you’re opening late,’” says Harrington in a phone call with The Coast.

The tree lot owner thinks because people are home more due to Covid, they maybe have “nothing else to do” and try to brighten their days with some holiday cheer. “Something they can do, they can bring the tree and enjoy it longer,” he says.

Because of the impacts of Covid, Harrington also suspects there are fewer tree lots open in HRM this year.

“Maybe some decided not to come in from the country due to the uncertainty of Covid,” he says. “Cases have gone down and we’re going in the right direction but if that got worse, those guys cut all their trees, they come to the city and then we get shut down.”

Harrington’s, thankfully, is spared from that. Although their trees come from Digby, commercial travel is not impacted, and Chris Harrington lives just down the road from the sales lot.

As for employees, he relies on family for that as well. “My sons are 19 and 22,” he says. “So between them and their high school or college buddies, lots of friends and family for staff here.”

Currently, Harrington’s lot is limited to five families of five at a time. They also offer contract-free delivery, which has been more popular than ever this year.

“There’s been families that their son or daughter has come home from school in Toronto and they’re in quarantine for two weeks,” Harrington says. “We drop their tree off, they e-transfer the money and they don’t have to leave the house. And then it gives them something to do while they’re in quarantine.”

Covid means new ritual for Harrington's—the staff frequently disinfect surfaces, have one-way aisles, enforce mask-wearing (yes, even outside) and have Plexiglas at pay stations—but it hasn't put a damper on business.

“We’ve had ten months to learn about all of that stuff, we’ve been living with Covid for so long now, that stuff was easy,” says Harrington.

But the main anxiety for him and other tree lot owners is the talk of a “tree shortage” due to increased shipping across the US border. “There is a very high demand. My goal is that everybody, 95 percent of people who need a tree will get a tree. That other five percent that think they can wait till the 20th to go get a tree, they haven’t been watching the news,” he says.

Harrington says the lot will try to stay open as long as possible, but for now can only promise as far ahead as the weekend of December 12 and 13.

“I’m constantly still on the phone trying to see if I can find a few more trees to stay open. I hate to say when we’re going to close cause it creates some anxiety with people,” he says. “But when we know we’re getting near the end we’ll make an announcement and give people an opportunity to come get their tree.”


Cancelled or Sold Out

Naugler’s Farm, Halifax Forum – cancelled this year due to Covid

Bethany United Church (beside Armdale Roundabout) - sold out
Prev
Next