Vicious Cycle promises not to shove boring things in your ears

And you'll learn more about science that you thought 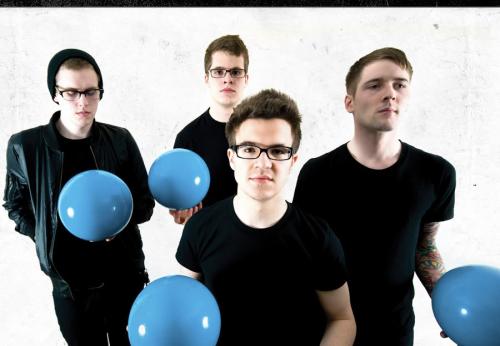 Hardcore heroes Vicious Cycle’s unhappiness with Sudbury, Ontario apparently fueled their epic album, Pale Blue Dot. “Our main driving force for writing a song is our strong sense of discontent for our hometown,” says Frank (bass). “We aspire to do something new in the often cookie-cutter genre of hardcore punk. We want to bring our own perspective to the world.” Out of something negative comes something positive, as that perspective also includes a lot of out-of-the-ordinary and thought-provoking song themes. “Our inspirations for our album are primarily Dr. Carl Sagan's contributions to the public's understanding of science,” says Frank. Fellow Deranged Records label-mates Career Suicide and Fucked Up have similarly branched out and opened new doors for hardcore, and they’ve formed an alliance with the band. Career Suicide and Fucked Up’s Jonah Falco recorded Pale Blue Dot, and helped with songwriting (and Pink Eyes makes a guest appearance on the album). “We're a hardcore band that experiments, which is something we've always thought hardcore and punk to be about,” says Frank. “Experimenting and not always shoving the same old song into listeners’ ears.” Catch Vicious Cycle August 18, 6pm at the Rock Garden (with Burning Love, Take On Me and Road Rash, all ages, $8) and 10:30pm at Coconut Grove (with Burning Love and Last Laugh, $6)