What the wow? The Sex Pistols' Glen Matlock in Halifax

December 9 at the Paragon Theatre, to be exact 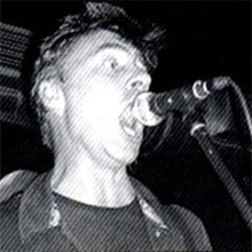 Billed as: "An intimate performance from the man who penned such classic songs as, 'Pretty Vacant,' 'God Save The Queen,' and 'Anarchy In The UK,'" Glen Matlock (The Sex Pistols, The Rich Kids, Vicious White Kids, The Philistines, The Flying Padovanis, Slinky Vagabond) comes to The Paragon Theatre

December 9 (with guest Jesse Murphy. Tickets $12 in advance, only 180 tickets will be sold. Also, if it's your birthday, you get in free.)

On Tour Glen Matlock
Prev
Next