Takes the Bard down a peg 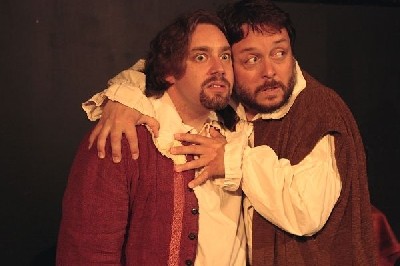 Shakespeare on Trial gets a lot of laughs at its audience’s expense, batting us back and forth between drama (“to be or not to be” is performed in full, beautifully) and farce (Ophelia has a beard). You won’t mind the theatrical whiplash: it’s all in the service of taking the Immortal Bard down a peg (and maybe, possibly, raising him back up).

Simon Henderson and Jeremy Webb are superb as Shakespeare and everyone else, respectively. And although it would have been easy to turn this show into an exercise in finger-shaking, Webb’s script never patronizes its audience—well, never unintentionally.

Shakespeare on Trial is irreverent, exuberant, childish and scholarly. You’re likely to leave knowing you saw something astounding but not knowing what it was, exactly.