Feeling sufficiently chagrined about missing the first day of Nova Scotia Music Week (a gal's gotta work), Allison and I set out for Liverpool with a great travel companion, the writer, journalist and smooth radio voice, Stephanie Domet. I refrained from singing Beyoncé's "Halo" at top volume in honour of Halo 4 being released, but I did not refrain from spilling snacks in Steph's car.

Tara Thorne's mad skills had us set up at White Point in the cutest cabin, and as is our custom there was a rousing sing-along to the wayback throwback videos on MuchMusic before arm-wrestling people for the next shuttle to the Liverpool Bowling Centre to see Cousins. 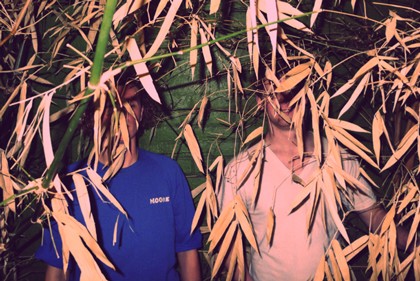 Can I just take a second to mention that it's very confusing when there is a venue that everyone refers to as "the bowling alley" and another venue everyone refers to as Lane's (Lane's Privateer Inn)? I mean really. Cousins ripped it up (duh), there was a new song that caused one woman to shout at the top of her lungs "THAT SONG IS REALLY HORNY." Truer words were never spoken. Cosmic bowling was "out of this world" (HAHAHA) then Halifax city councillor Waye Mason chauffeured us all to Lane's (I live in his district so he basically had to) in time for Jennah Barry, who suffered from some sound issues for a second but rose above and had the crowd stomping their feet so hard I thought the floor would cave in. Really that was a rabid audience. Barry could have (should have) played all night.

Corey Isenor made a few jokes at my expense and before we knew it, it was time for the late stage back at White Point. Dance Movie (featuring our own Tara Thorne) played a minimal set of two songs, and were referred to as "Dance Moves" a few times. Understandable, they have some pretty sweet moves. Bassist Trevor Murphy's moves were so astounding that he broke a bass string! Dear me.

I'd also like to take a minute to say how beautiful White Point, and Liverpool in general, is. The stars are bonkers. It's like someone vajazzled the entire night sky. And waking up and hearing the ocean is a cool experience. No bunny sightings yet, but I will keep you posted.

And you know what makes an excellent breakfast in Liverpool? Dixie Lee's econo chicken meal.