Your morning in arts: Videos, videos, poetry, videos and mystery. 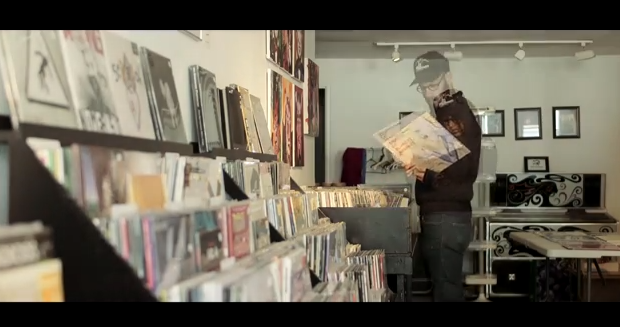 Although I'd love to embed them all here, I urge you to go to the AFF YouTube page instead. Here's your cheat sheet of musicians and directors, respectively. AA Wallace and Adam Penney; Andrew Hunter & The Gatherers and Brock Gallant; Dennis Elsworth and David J. Fulde; Breagh Mackinnon and Gesar Mukpo; Shaun Leblanc and Matthew Ingraham; Irish Mythen and Millefiore Clarkes; Kyle Mischiek and Kelsey Thompson; Rain Over St. Ambrose and Stephanie Young; Steven MacDougall and Jason Levangie; Gabrielle Papillon and Evan S. Elliot.

In other video news, check out this brand new, real cool and trippy one by Cheryl Hann for Broken Deer's "Saddest Song in Outer Space" off of Unseen World.

And someone better make a video for one of Alison Smith's poems quick, so I can stick with this theme. New Germany's Smith was selected as one of five English-language finalists for the CBC Poetry Prize. Smith's "Bluegrass Meteorology" was selected from over 2,000 works of poetry from across the country. The competition was juried by Sue Goyette, David McGimpsey and Anne Michaels.

Smith joins co-finalists Cassidy McFadzean of Regina, SK, Pamela Porter of North Saanich, BC, Robin Richardson of Toronto, ON and James Scoles of Winnipeg, MB in the knock-down, drag out fight to the finish for the prize of $6,000 and a two-week writing residency at The Banff Centre's Leighton Artists' Colony.

Read them all here!