Sure Things: A round-up of this weekend’s must-see shows 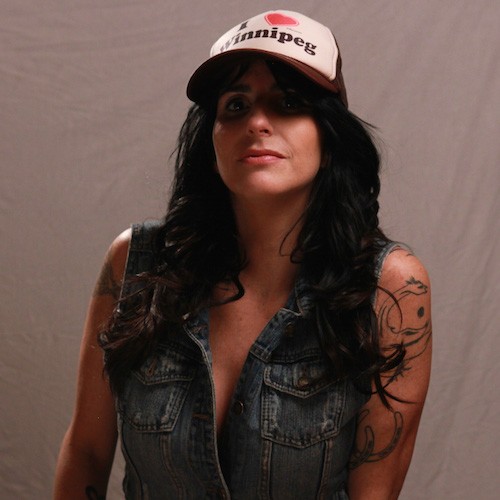 It’s been said that “if Keith Richards, Joan Jett and Ray Charles could somehow spawn a love child, it’d be Romi Mayes” and truer words have never been spoken. Winnipeg’s raw blues-rock goddess struts to the Seahorse with special guest Thomas Matheson in tow to release her new album, Devil On Both Shoulders. The Seahorse Tavern, 2037 Gottingen Street, $7, 7pm

Everything you’ve ever needed in one place. A Nirvana tribute, a Pixies tribute and Oakville punk rockers Dead Broke make up a bill so eclectic, you may not need to see any other shows this weekend. Gus Pub, 2605 Agricola Street, $8, 10pm

Folk-pop outfit The Franklin Electric are skyrocketing. Fresh off tours with Half Moon Run, City and Colour and Ben Howard, the foursome is on a solo tear across eastern Canada before taking festival season by storm. Catch them at the Seahorse so you can say you knew them when. The Seahorse Tavern, 2037 Gottingen Street, $15, 7-10pm


The Scoop Outs w/The Odd Socks, The Cannisters, The Stutz-Bearcats

Dartmouth punk, garage rock and folk to cure what ails you. Or to ail you even harder. Jacob’s Lounge, 106 Portland Street, Dartmouth, $5, 9pm

Local staples The Brood and This Ship co-headline this artsy rock show, but the real ringer is ska/surf act Dendrosound. Where have all the ska bands gone? Gus’ Pub, 2605 Agricola Street, $7, 10pm

It’s been three years since the North End Metal All-Stars have played Halifax, but they’re banging their luscious heads of hair down to Spring Garden with friends System Shit, Spew and Vicious. Spew only recently returned from a hiatus, so this is a hairy homecoming for the ages. Oasis Pub, 5561 Spring Garden Road, $7, 10pm

The wind must be blowing hard across the prairies, because so many badass female performers from the flatter regions of the country are appearing in the city. Regina’s Belle Plaine is blowing into town for her third appearance in Halifax since September. Taz Records, 1521 Grafton Street, free, 1pm

Sure Things Live Music
Prev
Next