Sure Things: Your guide to this weekend's best shows 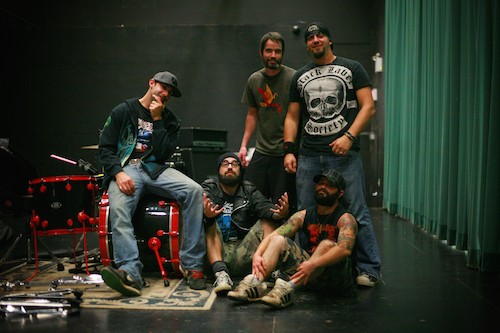 
The Tasty Wangs, The Graboids, The Odd Socks, Primenine, The B+ Players It's Adrian's fuggan birthday! The Rockin' 4 Dollars dude/Grapplin' Graboid alter-ego/amateur pyrotechnician celebrates in style and in vanity for the fifth year running, with a handful of local acts and The Tasty Wangs, Saint John's finest and greasiest. In lieu of a music vid, here's the absolutely batshit promo. Gus' Pub, 2605 Agricola Street, 9pm

Nap Eyes, Monomyth, Old and Weird, Heaven For Real Nap Eyes are the unpretentious, honest-to-goodness alternative folk heroes that the city needs and they’ll make you sway like it’s the sixties. All the bands on the bill are taking off on tour shortly after the show, so catch ‘em while you can. The Bus Stop Theatre, 2203 Gottingen Street, 9pm-2am

Bow Wow Bow Wow isn't so Lil' anymore. The little fella we knew and loved now stars on CSI: Cyber and tortures rap fans the world over by not releasing the album he promised five years ago. Take a trip down memory lane with my elementary school jam. The Marquee Ballroom, 2037 Gottingen Street, $20-$60, 10pm


Scotia Festival of Music Gala When the extreme metal hangover wears off, hit up the closing party for Scotia Festival of Music, the world's best teeny-tiny chamber music festival. Scott St. John and Sharon Wei will be performing Benjamin's Romantic Fantasy and it's going to be off the chain. Sir James Dunn Theatre, 6101 University Avenue, $50, 2pm