Patty all weekend long with these better-than-fries picks

March 22, 2018
Spring is finally here (according to the calendar at least) and we have some great reasons to end your hibernation this weekend: Burger Week kicks off with a bun, Inuk soprano Deanetha Edmunds plays a free show, Carbon Arc screens a tale of three roommates navigating life in Tel Aviv and more.

Art Party
Friday
See the AGNS transform into a bass-heavy dance floor where you can shake a leg while sipping cocktails and exploring art exhibits. more deets

Derek Seguin w/Abdul Butt
Saturday
This Québecois comedy legend brings tales from the trenches of being a single dad and navigating new relationships to the Rebecca Cohn stage. more deets

Halifax Burger Week 2018
Thursday, Friday, Saturday, Sunday
Burger believers, get ready: The Coast's epic celebration of burgs of all kinds returns for a week of glorious gorging. Pick up your passport inside the March 22 issue of The Coast or at one of the 125 participating restaurants and let the feasting begin! more deets

In Between screening
Friday
Carbon Arc's latest flick follows three roommates in Tel Aviv—one a criminal lawyer with a love of clubbing, one a DJ and one a younger, religious student new to the city. As the youngest roommate's husband-to-be sees the secular lives the women are leading, he attempts to whisk her away. Her refusal to leave her new life leaves all three women struggling to balance tradition with modernity. more deets 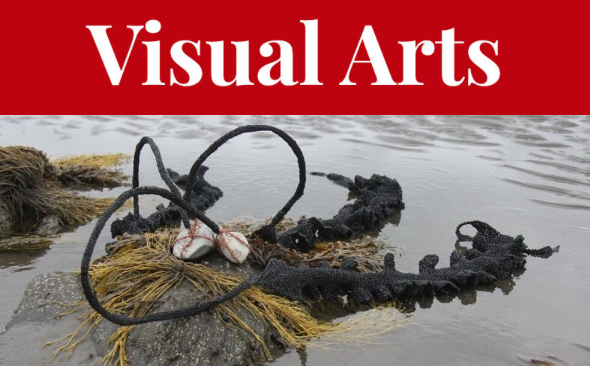 Other Histories!
Thursday, Friday, Saturday, Sunday
In an age where one-count historic narratives are ripping into the voices of many, Amin Rehman's politcally charged show feels extra timely: the text-based works question the inherit biases of both historic and contemporary texts, challenging power dynamics within situations of political unrest. Catch it at the Saint Mary's University Art Gallery before the show shutters this Sunday. more deets