The Rolston String Quartet’s but a dream

Toronto’s prize-winning super-group of an ensemble wants to move you. 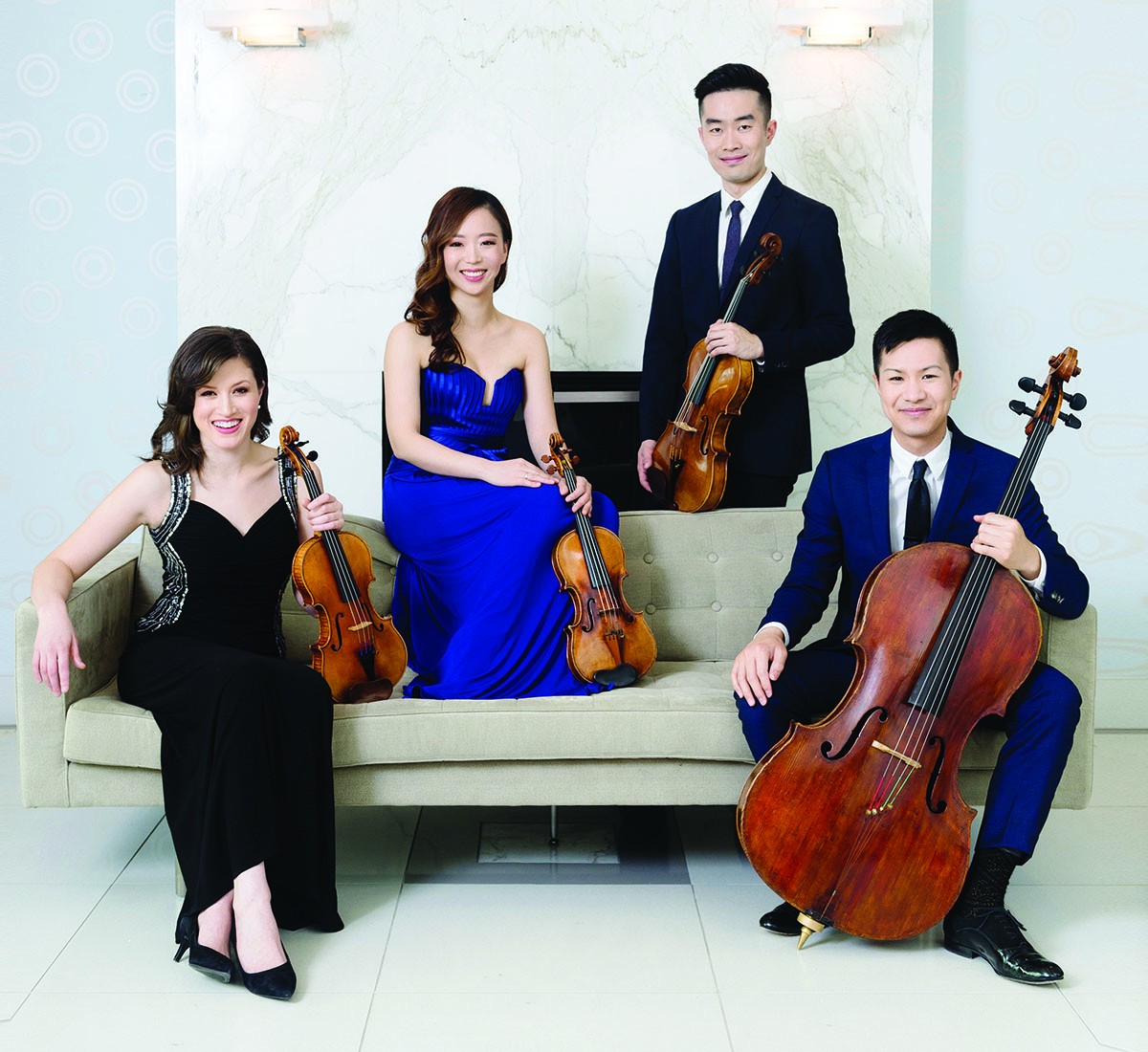 It's all strings attached when the highly acclaimed Rolston String Quartet visits Halifax this weekend. The only ensemble to be featured on CBC's 2016 list of Hot Canadian Classical Musicians Under 30, the group's here to take audiences on a sonic journey.

Touring internationally since forming in 2013, the quartet is comprised of Luri Lee, Hezekiah Leung, Jonathan Lo and Emily Kruspe. Initially meeting through various music festivals, the young players "decided to give playing together a shot," says cellist Lo. And it's a shot that paid off. The ensemble has gone on to take up many residencies, win various awards—like first prize at the Banff International String Quartet Competition—and garner praise from the likes of Ludwig van Toronto, which heralded The RSQ as having "maturity and cohesion rivalling the best string quartets in the world."

"It's really helped open a lot of doors for us in terms of exposure and performing in places like North America and Europe," says Lo. "We've been able to travel to incredible places, meet new audiences and have incredible collaborations with musicians—some of whom have been our mentors, and some who we've formed incredible friendships with. It's a dream come true."

Bringing that dream to Halifax, the quartet is stringing audiences along on a musical adventure which includes works by Beethoven, Haydn, Schafer and more. "We try not to be pigeonholed," says Lo of the group's repertoire, which includes modern composers as well. "Our guiding ethos is that we will always gravitate towards music we feel strongly and passionate about."

Currently on tour and finishing up a Tchaikovsky-themed album dropping later this year, the foursome hopes concert attendees come prepared for the vibrant new energy they're weaving into the classical world.

"Audiences who are open to exploring their imaginations will take something really unique from it," says Lo. "I hope they're moved in a way that they may not have expected to have been from our music."