Behind the setlist with Matt Mays

The prince of the City Of Lakes dives into why treating a concert like a musical made the best concert of 2019. 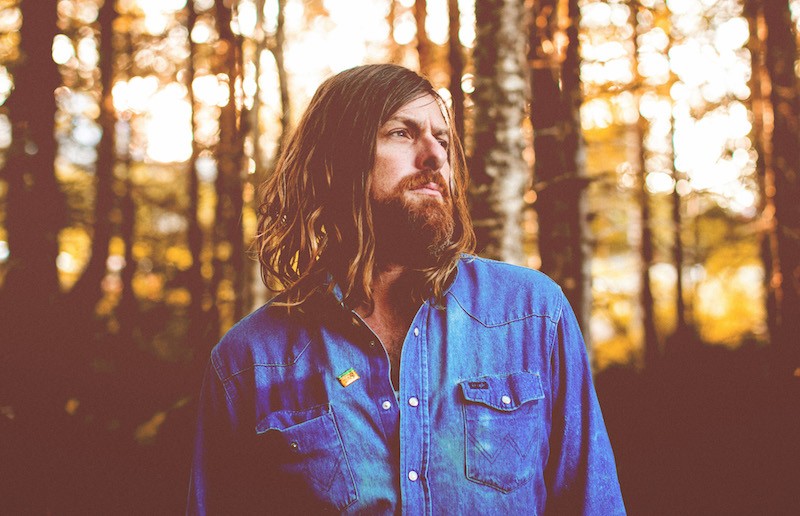 When Matt Mays takes the stage on November 16 for the final show of his Howl At The Night Tour—which saw his eight-piece band play 19 Canadian dates in less than a month—he spends a second that isn’t long, but is very deep, in silence. With his back to the audience, ensconced in a cone of yellow light on an otherwise blacked-out stage, he takes a breath.

Then, the show begins.

If the moment feels particularly theatrical, that’s at least a little by design. The day prior, perched on a staircase outside the Rebecca Cohn auditorium, Mays explains his aims for the tour: “I’m looking at it more like a musical. So, I made the setlist up a month before our first rehearsal. It’s also worked because we kind of like, looking at it like a musical, it’s nice to play the same thing every night: We get better at the set, a lot faster. And the transitions and things. It’s not just a bonehead rock show with a thrown-together setlist: We’re sticking to this one, it’s been working,” he says, resting his chin on his knee as he speaks.

The concept for Howl At The Night could’ve felt like a gimmick if it hadn’t been pulled off so expertly. In a press release sent out in advance of the tour, fans were promised a live show that came together like a puzzle, walking through Mays’ recent releases Once Upon a Hell of a Time… and its acoustic reboot, Twice Upon a Hell of a Time…with each layer of sound added before their eyes.

“There’s eight people in the band and I wanted to be really careful about that because a lot of people, they’re like: ‘Eight people in the band? Are you crazy?’,” Mays begins of the show setup. “I think if they see the show they’ll understand. I start the show solo, and for the first eight songs we add a musician every song—so we’re all onstage so halfway through the set. It’s been really effective, it’s a proper way to introduce all these players I’m so lucky to play with. And all of a sudden, we’re eight songs into the set and there’s still change happening—so it’s not some eight-piece band going up there and playing over everything.”

Back at the concert, he tears open the beginning lines of “Howl At The Night” like he’s unfolding a letter. His audience—who’s used to seeing him in bars and arenas—punctuate each refrain of “howl at the night” with actual howls.

They’re all-in, waiting with palatable excitement for their rock star—the one who walks and talks like them, but cooler; the one who tells stories like theirs through the sort of songs they wish they could write—to continue. So continue he does. The song tiptoes towards a climactic close. The sold-out house thunders.

Soon, Mays would tell the audience “Hey, it’s ok, it’s Saturday night make some noise”—a permission slip for the denim-clad crowd to get up and get loose. They take it with both hands.

“Not to rip Adam Baldwin off, but it’s a mutual friend of ours, a song guru of ours, who taught us a good setlist is just a setlist that has a beginning a middle and an end. It sounds kinda bonehead, but it really is that simple. Most times I usually do a setlist right before we play, because I like to read the crowd and the room. Just going in and standing in the room with the crowd really helps with the selection process of what you should play. Playing for 20 years, you kinda know what’s gonna work and what’s not gonna work based on the vibe of the place,” Mays says.

But this show isn’t most times. It’s quite probably the best live show of 2019. Here, Mays breaks down the script-in-spirit, setlist-in-action that drove the performance:

“That song means a lot to me—it’s a very personal sort of trip. So it’s sort of therapeutic to sing it every night. And we have these beautiful grand pianos that we’re playing every night because we’ve been playing these theatres. I just love playing it on piano, and I feel like a lot of people don’t know that song and I wanted to start out with something that maybe people didn’t know that worked well and set the tone. It’s just a three chord song of my own on piano, but it’s still a heavy song for me—and I thought it’d be a good name for a tour, too.”

“The first half of this set is all acoustic and sing-song-y and I don’t get to do that much. It’s nice to be in a sort of pin-drop atmosphere for those songs, because I really worked hard on them and I really mean the lyrics, so it’s nice to not be singing over a loud crowd at a bar. It’s nice to be heard, I guess?”

The song that turns the concert from soft ballad to full-on rock show, Mays says this is his favourite song to play live: “We play it almost every night and it was one of those songs that just kind of like came out—it was so fast, I wrote it in like, 10 minutes. So I sort of feel like I didn’t write it, so it feels like playing a cover every night.”

4. Song 12, “City of Lakes” [which Mays ended up playing earlier in the set in reply to the audience chanting for it]:

“It’s almost always on the setlist—people seem to like it even if they’re hearing it for the first time. They connect to it.”

"Somehow, luckily, I was aware even from a young age that I didn’t want to release anything on an album that didn’t mean a lot to me." click to tweet

When talking about playing vintage items from his catalogue—including Cowgirl, his first mainstream hit from 2005—Mays says: “Somehow, luckily, I was aware even from a young age that I didn’t want to release anything on an album that didn’t mean a lot to me. So, it allows me to play old songs that I’ve played a million times and they still mean a lot to me and I still enjoy playing them—because I went through that process of writing a bunch of shit songs that didn’t mean anything to me, y’know, so anything that made a record meant a lot to me. So playing a lot of these older songs, even though they’re 20 years old, it’s sort of like, more of a nostalgia thing now—I really like them now because it sort of feels like I didn’t even write them, because I’m so distant from that person who initially wrote them.”

And for songs like the brand-new single “Let There Be Love,” which proceeds “Cocaine Cowgirl” by two songs in the setlist, he adds: “And then the newer stuff is exciting because ah, I have to remember the lyrics for these, y’know, so they’re very different. It makes the set fun. It keeps me on my toes.”

“That one is sort of, the crowd decides that sometimes. I could put that song first but it wouldn’t work as well. There’s something about that song that’s sort of celebratory so, I mean, I like change and I don’t want to have the same set my whole life, but I also believe in tradition— and I think that people who come out to my shows really look forward to celebrating together at the end of the night and that song really does that so I don’t fuck with that. I trust it.”
Prev
Next