The Halifax punk mainstay has been dealing with the times by doing what it does best: Shredding ears and breaking hearts. 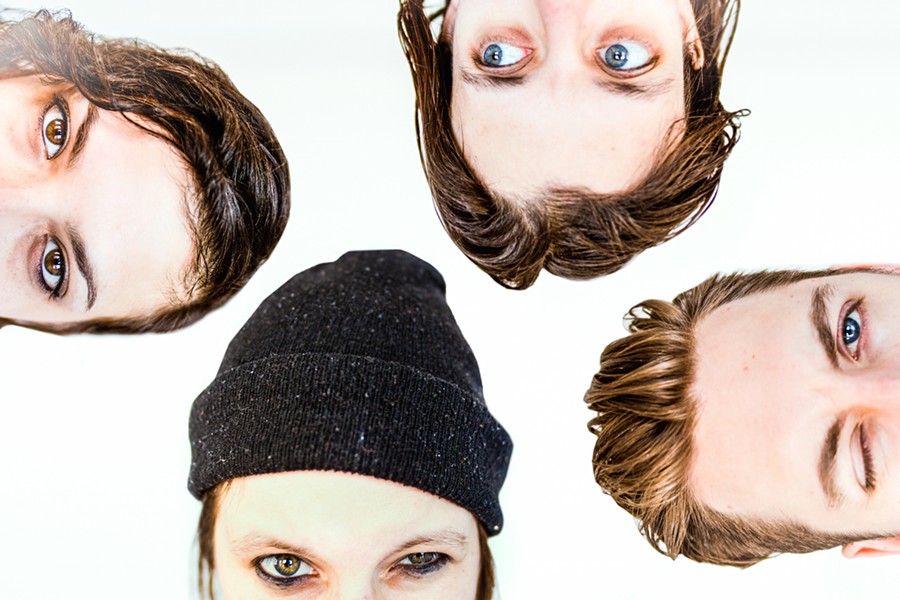 Like a Motorcycle is supposed to be on tour right now. But, with physical distancing making it impossible to throw a punk show, the group is finding new ways to stay present as it gears up to release its sophomore album, Dead Broke.

The Halifax based four-piece has a full schedule in lock down. It released the first single from Dead Broke, “Idols”, last month and the second, “Wide Awake”, on May 15, with an accompanying music video.

“Wide Awake” may sound like a product of quarantine, but it was written three years ago when the band sat at a crossroads, battling internal struggles with addiction. Even though the lyrics are as intense as they are sincere, bassist Kim Carson sees how they could be helpful for those struggling in quarantine.

“It’s ringing true, it’s hitting home so let’s put it out and have it in this moment, where a lot of those lyrics are literally what people are going through,” says Carson. “You want people to take it and apply it to their own life and hopefully they feel connected because they’re not alone.”

Guitarist KT Lamond filmed the video for “Wide Awake” at home. It shows a protagonist—played by her roommate—adjusting to life in lockdown and is a surreal, yet uplifting, look at the new normal.

“I feel like our videos are always oddly quirky and anti-climactic in a charming way,” says Lamond, “It was mostly meant to be something funny and cute, and hopefully it cheers some people up.”

While both Carson and Lamond have been doing what they can to stay busy and keep their spirits up during quarantine, sometimes all it takes is one song to wear a person down: “My partner and my roommate have become obsessed with 'Picture' by Sheryl Crow and Kid Rock. They play it ten times a day, and they made me learn it on guitar,” says Lamond holding back laughter, “I am living in Hell.”

If you’re unfamiliar with the band, fans of The Distillers, The Pixies, Idles, Bully or Dilly Dally will find a new favourite in Like a Motorcycle.

Dead Broke is scheduled for release in September, and the group is currently working on an online version of its gameshow, the Like a Motorcycle Rock & Roll Round up, which will be out in the next couple weeks.

In the meantime, the band is handling quarantine just fine—provided no more Sheryl Crow/Kid Rock covers are unearthed.