Seven Sure Things happening in Halifax from October 8-14

The can't-miss events happening this week. 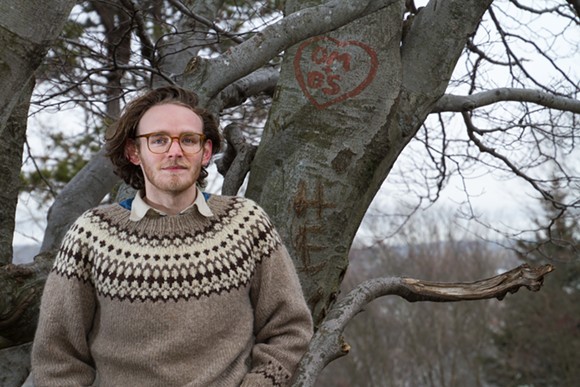 The indie film fest celebrates its multicultural focus with a three-day streak of screenings. Thursday is day two of the event, with a host of flicks and local shorts being shown at The Bus Stop Theatre—including Beyond Curls and Kinks, the story of women defying beauty standards with their natural hair.
The Bus Stop Theatre, 2203 Gottingen Street, 6:30pm, free

The literary folk-rock that Daniel Walker has made his signature sound is back at last, with a followup to OMBS's 2016 debut that hasn't the slightest shade of sophomore slump. Celebrate the immaculate effort at this Carleton show.
The Carleton, 1685 Argyle Street, 8-11:30pm, $15

The days might be getting shorter, but Alteregos is here to remind you that the nights can get hotter—thanks to its mix of dancehall and reggae from 5-10pm.
Alteregos, 2193 Gottingen Street, 5-10pm

The karaoke party to end 'em all is back at Gus' Pub and wow, haven't you missed it? Better brush up on the words to your favourite indie rock jam, stat.
Gus' Pub, 2605 Agricola Street, 8:30pm


Dr. Ingrid Waldron, world-leading researcher on environmental racism, continues to push the needle on public discourse—this time, by having
Black, African Nova Scotian, Mi’kmaq and mixed-race artists and activists of all genders and orientations collaborate on pieces surrounding, as Waldron puts it, “any land-based struggles.” The resulting projects will be presented at this panel, with a discussion hosted by Waldron to follow. Part of Nocturne's 2020 festival, you can read more about the event here.
Zoom, 7-9pm, details and links at nocturnehalifax.ca
Prev
Next