Why is it the masses of gullible hayseeds that get razzled dazzled by same hollow promises and shell games and photo ops from all politicians in this region. Its obscene to watch this happen every year. The political apathy in these parts makes me sick. —Howard Beale

Several local businesses have launched a lawsuit for lost profits against the new trade centre for lost revenues during construction. Well, after it is opened can the trade centre go after the same businesses for a cut of their enhanced profits? —Blaise

Fuck off with the Stickers, will ya?

Great deal on the 5-dollar frying pan, EXCEPT why there gotta be fucking stickers stuck all over it! They don't even peel off! They just tear off in little pieces and leave sticky bits of gunk all over it. Even stickers on the bottom of the pan where you put it on the burner, to catch fire and make that burny smell all thru my apartment. I don't appreciate it! Get your shit together, put your stickers on the cardboard part of the product packaging, not on the product! My nerves are shot from all the cursing I just did. Why people gotta be such morons?? —Sticky Fingers

Holy crap, You need multiple lessons on stealthiness if you're wanting to succeed at your job!! Geez —You were painfully outplayed

One has to wonder the thought process of Halifax water commission. Who there determines where the rain is going to fall, and when is interesting So given this why is there a ditch tax again —rain

There were all kinds of booths and promotions at the bluenose marathon. some better than others. What you had on offer is really great and entering the draw makes sense, but please dont sign me up for emails right in front of me without my consent.it happened so quickly i couldnt really respond in time. yes it is true people can unsubscribe but it is a hassle and doesnt always work. asking people first is the right thing to do. —l.f.

Yeah, I know I shouldn't have been speeding, but seriously, $410 for a first offence is absolutely ridiculous. —This is Bullshit!

The senate just took a huge pay hike while the real world struggles with high unemployment and a challenged economy. —Justin loves to pull out the plastic

I mentioned to someone that I had the hood for my winter coat sized down so I could see when walking around in wind and stormy weather. This did cost me a bit more that something and, as a senior on a fixed income, it was a choice I made re spending some money. Lo & behold, I went to a house party and - wish I could remember who you are as you are the only one I told - the hood on my coat was switched! Now, you know your hood had been washed and dried and the fringe was all ratty; you also know that YOU had to move the buttons for the hood to fit. How about exchanging hoods anonymously via my roommate - no questions asked - so I can see in the storms and enjoy my hood again instead of being upset with you - whoever you are.... my memory remembers the conversation and not the face. —Peace Lover 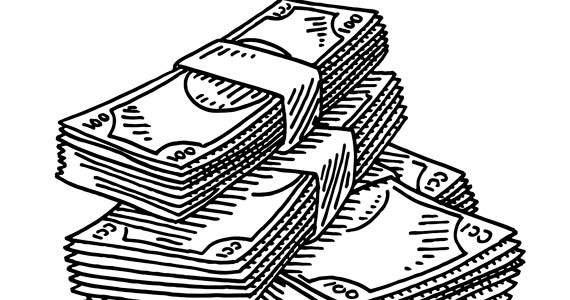 People will you all clue in to the "poor down on their luck " posers that are at just about every busy intersection and street corner with their hand out , the Tim`s cup or the perfectly scripted cardboard sign , asking for your money that you are either driving to work in the morning to earn or coming home at night after labouring to earn it. These so-called hungry and homeless take buses and some even own a car and drive to the high visibility corners to stand for 4-6 hours taking your hard earned cash ! some pose with a cane or a limp , but I have seen them on the buses carrying cane under arm getting on and off the bus , or sprinting across the street when the day of sucking you in for cash is done. The old guy at Walmart Bayers lake , he drives to his spot to take money from fools, The guy at Washmill & Chainlake takes the bus both ways and can be heard while on the bus chatting with his buddies on his IPHONE of where he is setting up. Windsor street exchange is no better and they con you with a poor dog enduring the cold to suck you in. —Late for work - cause an idiot stopped to give away money.
« Newer Entries
Older Entries »