Don’t just sit there and tweet—do something. 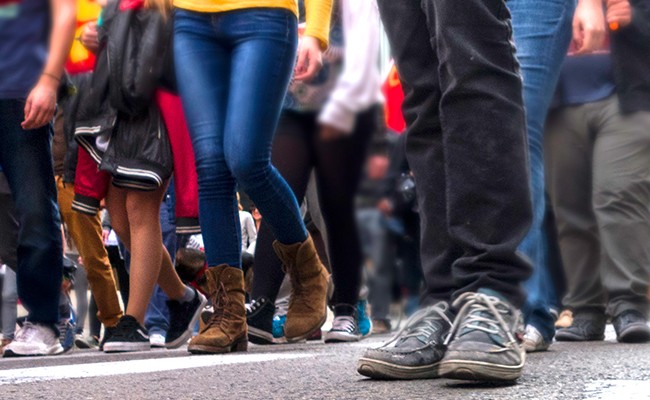 Yelling into the void on Twitter about what's wrong in the world is easy. That's why we all do it. But there are plenty of people in Halifax who are walking the walk—whether it be advocating for the environment, mobilizing for social change or working to provide services to marginalized groups. These groups are examples of those trying to make change for the better. Maybe you'll join them?

Solidarity Halifax
An anti-capitalist group advocating for eco-justice, anti-racism and worker solidarity. Last year, members teamed up with Ujamaa and Kwacha House Cafe for the web-based project Working While Black, publishing anonymous stories of anti-Black racism in the workplace. They are pushing for an end to police street checks.
solidarityhalifax.ca

Books Beyond Bars
This program has existed in Halifax since 2005. It makes books accessible to those living the women's section of the Central Nova Scotia Correctional Facility in Burnside, as well as providing writing and poetry workshops to women in the prison system. The Books Beyond Bars program accepts titles from the lists of requests, bookstore gift cards and non-spiral bound notebooks.
booksbeyondbars.wordpress.com

Hollaback! Halifax
The Hollaback! movement exists around the world, including countries such as Australia and Italy. It aims to end street harassment, empowering people by inviting them to anonymously share their stories online. The Halifax branch is headed by Rebecca Faria and is currently looking for volunteers.
halifax.ihollaback.org

The Radical Imagination Project
This Halifax-based research project holds workshops, public discussions and talks concerned with activism and social movements. One of its recent projects is What Moves Us—a collection of essays and interviews featuring the work of Ardath Whynacht, Isaac Saney and El Jones.
radicalimagination.org

Nova Scotia Rainbow Action Project
The Rainbow Action Project is a non-profit advocating for the rights of LGBTQ+ folks in the province. The group organizes community events and rallies such as the annual International Day Against Homophobia and Transphobia and provides education about gender and sexual diversity. NSRAP has also advocated against the MSM blood ban and participated in the anti-pinkwashing campaign spearheaded by Queer Arabs of Halifax.
nsrap.ca

The Nova Scotia Health Coalition
This non-partisan group is the local branch of the Canadian Health Coalition with the goal of improving the public health care system. The coalition calls for an end to pay-for-plasma clinics and ambulance fees, and advocates to keep home care services public.
nshealthcoalition.ca

Ecology Action Centre
No joke, these folks teamed up with the Halifax Tool Library to create " fluff"—an all-natural fertilizer for Christmas trees—last year. The EAC does more than things with funny names, though. The organization works to address environmental issues locally and nationally through lobbying and research into matters such as tire burning at the Lafarge Brookfield Cement Plant and the Energy East Pipeline.
ecologyaction.ca

Nova Scotia Public Interest Research Group
NSPRIG is behind local projects such as the Rad Frosh initiative, providing alternative events for university students (and other community members) during orientation week. The research group focuses on social and environmental issues, organizing events and in Halifax as well as loaning out materials to folks putting together their own events. Throughout the summer, members and other local organizers began working on a community garden at the former site of St. Patrick's High School.
nspirg.ca

Halifax Cycling Coalition
If you're a fan of getting to class by bicycle, you should get to know the Halifax Cycling Coalition: One of the local groups working to make HRM more bike-friendly through infrastructure advocacy and workshops teaching people how to go about two-wheel commuting in the city. Members have pushed for multiple bike lanes in the municipality, including the now completed lane on Hollis Street. On Track for 2020 petition calls for 100 kilometres of bike lanes in Halifax's regional centre by the year 2020.
cyclehalifax.ca