Hollywood tends to release a number of quality movies between now and December 31. We choose a (potentially) delightful dozen worth seeing 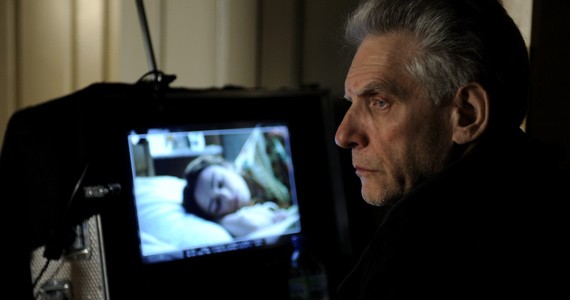 12 George Clooney in ruffled everyman mode suits some, though the real star of The Descendants is director Alexander Payne, who has given the world Sideways, About Schmidt and Election. His bang-on American realism is the reason to check this out, the story of a man dealing with his daughters, and his wife's infidelity, which he learns of after she lands in a coma. (November 18)

11 The Iron Lady provides another transformative part for Meryl Streep, this time as Margaret Thatcher. Biopics can be particularly dull (you won't see J. Edgar and its old-man makeup on this list) but La Streep is always one to watch.
(December 16)

10 Put Elizabethtown out of your mind and check out Cameron Crowe's We Bought a Zoo, an adaptation of the Benjamin Mee memoir, starring Matt Damon.
(December 23)

9 Martin Scorsese isn't known for his fantasy pictures---or shooting them in 3D---but when he does venture outside his crime drama comfort zone, he makes The Color of Money and The Age of Innocence. So we'll get in line for Hugo, about a child living in a train station in 1930s Paris.
(November 25)

8 In Young Adult, Jason Reitman and Diablo Cody---both of Juno fame---reteam for a comedy about a writer who goes home to the Midwest and tries to hook up with an unavailable ex, starring Charlize Theron in the unusual (for this material) lead.
(December 9)

7 My Week With Marilyn is based on the memoir of Colin Clark, who for a week in 1957 took care of Marilyn Monroe while she was in the UK shooting The Prince and the Showgirl with Laurence Olivier. Lots of buzz around Michelle Williams as the iconic star.
(November 4)

6 David Cronenberg reunites with favourite leading man Viggo Mortensen in A Dangerous Method, about the relationship between Sigmund Freud, Carl Jung and a patient. With Michael Fassbender and Keira Knightley on board, we expect hollowed cheeks, steely stares and delicious perversion.
(November 23)

5 Johnny Depp needs to rebound from The Tourist and that last Pirates movie. What better way to regain some of his unearthly cool than to play the lead in the adaptation of Hunter S. Thompson's novel The Rum Diary, with Withnail & I director Bruce Robinson at the helm?
(October 28)

4 Another adaptation of the John le Carré espionage novel Tinker Tailor Soldier Spy---done previously by the BBC in 1979, with Alec Guinness in the lead---here stars Gary Oldman, with Colin Firth, Tom Hardy, Mark Strong and Ciarán Hinds all in support, directed by Swedish auteur Tomas Alfredson (Let the Right One In). This production bleeds class.
(December 9)

3 And speaking of Swedes, did we need an English adaptation of The Girl with the Dragon Tattoo when the Swedish version was more than competent? Probably not, but if they're going to do it, who better than David Fincher? The trailers are compellingly intense, and the talented Rooney Mara is sure to be a star as a result.
(December 23)

2 For those who didn't grow up with the comics, The Adventures of Tintin was a big influence on Steven Spielberg's aesthetic, including the Indiana Jones movies. Now Spielberg pays back with a motion-capture adaptation.
(December 23)

1 The best thing about The Muppet Show was that it managed great all-ages entertainment while also being surreal and subversive. With Jason Segel the creative force behind The Muppets, we hope a bit of Jim Henson's magic can be rekindled.
(November 23)