Insta-worthy spots in the HRM that aren't Peggys Cove.

Congratulations on moving to a city rich with nautical history, lush trees and so many craft breweries it borders on unnecessary.

Bars and booze aside, sometimes the east coast gets an undeserved rap of being boring with nothing to do. That is far from the truth. Not only are there tons of events and new places to explore, Halifax also offers a bunch of scenic spots that will at least make it look like you’re living that #eastcoastlifestyle.

To serve as your special guide to all those Instagramable locations hidden around the regional municipality, here are 15 Insta-worthy spots guaranteed to get you a ton of likes.

The dozens of craft breweries/cideries
They are as great as they are excessive. The sheer number of breweries, distilleries and other coupled with Halifax’s (inaccurate but marketable) title of most bars per capita means there are lots of places in the city to post your pint. Garrison Brewery on the waterfront (1149 Marginal Road), for boasts a brick wall perfect for profile pics. 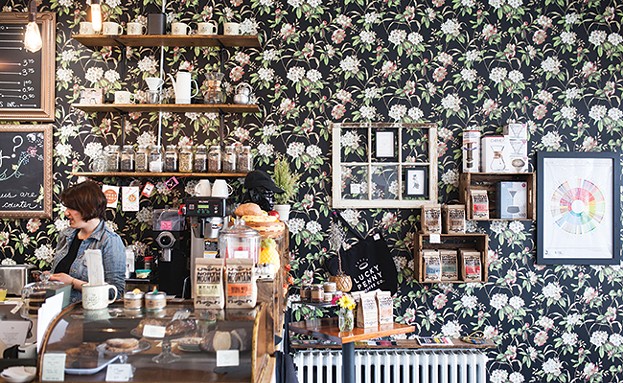 Lucky Penny & The Glitter Bean
Not a drinker? No worries. The Lucky Penny cafe (6440 Quinpool Road) serves up piping hot lattes and a black-floral accent wall to serve as a backdrop. If you want a drink that’s made for the ‘gram then head on over to the Glitter Bean (5896 Spring Garden Road)—Halifax’s newest and hottest queer-friendly cafe—and order a fairy latte.

Murals
For a shot that requires minimal effort with return, lean up against Montreal artist Jason Botkin’s impressive neon mural that graces the side of the Freak Lunchbox building (1729 Barrington Street). This one looks especially brilliant at night. And for more wall art, check out the unfortunately now-closed Pavilion (5816 Cogswell Street) or grab a smoothie and take a stroll down Gottingen Street. 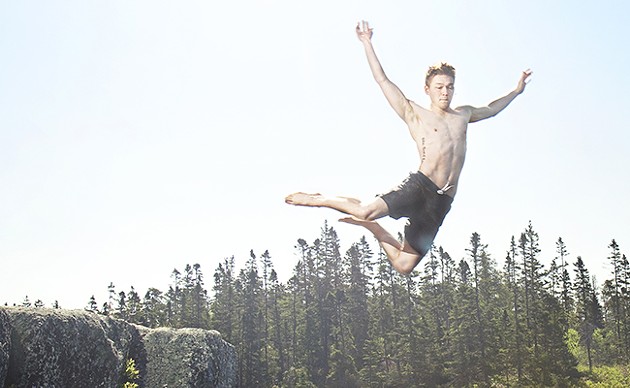 Watering holes: Tea Lake and Duncans Cove
If you’re able to access a car, it’s worth checking out the many swimming holes that are just a 15-minute drive out of the city core. On Purcells Cove Road is Tea Lake, a stellar jumping spot with water so dark and so warm it feels like swimming in tea. Not a fan of swimming in lakes? Explore the hiking trails along Duncans Cove. There’s a hidden cove that you can wade or jump into. You’ll absolutely freeze your arse off, but the turquoise water offers some real mermaid vibes.

Herring Cove
While you’re out that way, drive along the winding Shore Road in Herring Cove and check out Government Wharf. This spot embodies the spirit of the Maritimes. Breathe in the salty air while sharing postcard-worthy shots of fishing boats and dories moored to silvery wooden docks.

A trendy pink wall on Joseph Howe Drive
this one is a little weird, but bear with me. At 3514 Joseph Howe Drive there’s a plaza that houses a Pizza Pizza, a Curves and a health-supply shop called The Healthy Bug. But more importantly, the colour of the mini-mall is a very light, pastel millennial pink. This random spot is a perfect minimalist backdrop for local lifestyle bloggers looking to model their next #OOTD shoot.

Colourful homes the north end
Halifax’s north end is littered with colourful townhouses that St. John’s seethe with jealousy. Some of the most vibrant stripes are on Maynard Street and North Park Street near the Common, and the historic “Four Sisters” rowhouses on Agricola Street.

Agave
If you haven’t heard of this local celebrity then get your down to the Public Gardens. Not far from the main gate is a flowering century plant, which gets its name from its once-in-a-lifetime bloom. The agave captured the hearts of Haligonians over the summer, so do right by the city and Instagram our queen.

Halifax Folklore Centre
This music shop (1528 Brunswick Street) makes the list because it’s buried under vines of deep green ivy, creating a stunning background for photos. The parts of the building you can see are deep navy with fire-engine red trim around the windows—a scene that’s sure to pop in both your stories and grid.

Argyle Street
The main vein of Halifax’s nightlife. Argyle has recently gotten one heck of a facelift: Parts of the downtown street are now pedestrian-only, featuring new cobblestone and streetscaping. Coupled with historic awnings and rows of string lights, Argyle is a haven for your #haligram.

Halifax Central Library
Five asymmetrical stories of floor-to-ceiling glass walls make up the striking Halifax Central Library. There’s a lot of really great Insta-moments that can happen here, from the Harry Potter-like staircase, to the view from the fifth floor or even a stellar selfie under all the natural light. Plus, nothing is sexier than a post showing off your ability to do some real book-learning.

Shopping on Queen Street
From the library’s fifth floor, looking north, you’ll see a row of rainbow houses. This is Queen Street and it’s home to some eclectic boutiques and tasty eats. Post a shot of the colourful strip or pop into its boutiques like Elsie’s, the Neighbourhood Witch or Sweet Pea and take in the adorable environment.

Halifax Seaport Farmers’ Market rooftop
A great place to nab a photo of the harbour is the rooftop of the Halifax Seaport Farmers’ Market. It’s always surprising how few people go up here, especially since the market down below is always so damn busy. It’s a great spot to relax with a coffee and scroll through the photos you just took of all the yummy food and fresh produce downstairs.

Sea bridge near Murphy’s on the Water
After you leave the market, head north up the rest of the boardwalk. There’s plenty of public art to see—like the drunken lampposts or the wave sculpture. But the most recent hallmark of the waterfront is the floating sea bridge just beyond the CSS Acadia. Its purpose is to shuttle foot traffic around the Queen’s Marque construction site, so angle your shot to cut out that noise and post a photo of people struggling to cross the moving walkway. 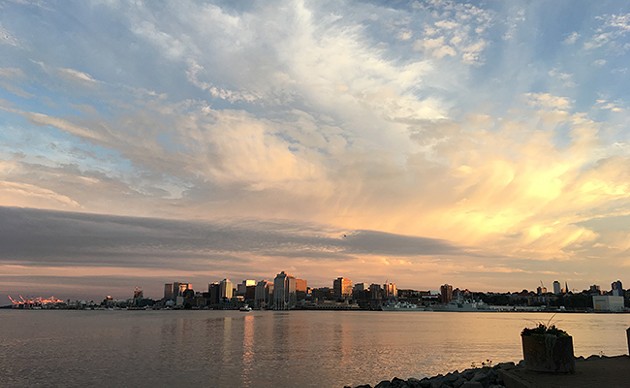 Halifax skyline via ferry
The bus pass on your student card will get you a ride on Halifax Transit’s ferry services. Take advantage of the free lift and jump on a boat to Dartmouth or Woodside. When you get to the other side you can either explore a little more of the or jump right back on to head back downtown. The ferry is an excellent and cheap opportunity to be photographed with the Halifax skyline and take in the full scope of the place you now call home.

Education Back to School Social Media Back To School