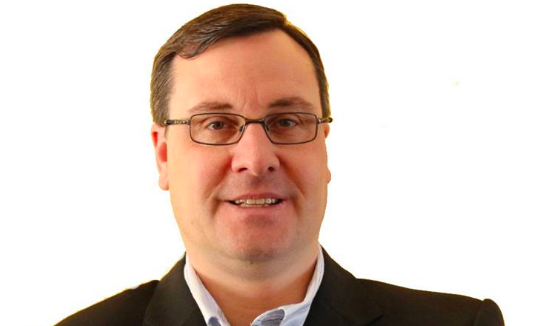 The Coast sent all 53 candidates running in HRM’s municipal election the same 15-question survey in order to help their residents and our readers know a little more about who’s running for council. Here’s what Steve Sinnott from Waverley—Fall River—Musquodoboit Valley sent back.

Why should residents of your district vote for you?
Residents in District 1 are looking for change at City Hall. They are looking for someone that has a different approach and new ideas and are looking for someone to stand up for the entire district and our residents. I believe I have the skills and the dedication to bring the issues of District 1 to the council chambers. HRM is full of potential opportunities and has great exposure on the world scene. I will work with the other councillors to help get the support our residents need. Municipal councillors need to be open and transparent to their residents. A swift response by either email or phone when a resident contacts their councillor is very important. As a councillor, if a resident takes the time to reach out to me, I will make sure that a response to the issue is a priority and a resolution is reached within a reasonable time frame.

What’s something you wish people were talking about more this election?
Voter turn-out! We have heard a lot of people say they don’t vote because it doesn’t make a difference and they aren’t supported even if they do.

What’s the last thing you Googled?
I Googled myself to see how I did after the candidates' forum. I guess no news is good news?

What’s the most accurate criticism someone’s made about you?
That I take things too personally. I will really be working on that as a councillor!

What was the first concert you ever went to?
I am kind of embarrassed, but I have never gone to a concert.

What was the last movie you didn’t finish?
Father of the Bride 2

What pisses you off?
At the moment, stolen and destroyed signs! Very few candidates have an unlimited budget and it is very disheartening to see your signs damaged beyond use or even worse stolen.

What’s changed the most in your district since 2012?
The size of the district. To go from one end of the district to other end is almost a two-hour drive. The district encompasses everything from rural HRM to suburban HRM, with lots of issues. Each community wants their councillor to make their local issue a priority, but on some occasions it will be hard to do so for everyone. Engaging the residents and attending as many social events and holding town hall meetings to discuss the local issues throughout the district will help the new councillor best represent the residents of District 1.

What’s a specific moment in politics or your professional life that you really regret?
When I graduated from high school I wanted to get into broadcasting, but decided to take a year off to work. I started my career in the public sector and never looked back. I regret not going back to school and obtaining my broadcasting degree. When the opportunity came up to run for municipal councillor, the timing was right and I wanted to make sure I did not pass up on another great opportunity.

What’s the last thing that made you really laugh?
Some of the memes going around on Facebook.

What’s your go-to meal when cooking?
My go-to meal is barbecuing a steak with potatoes and vegetables. Also you can’t forget a nice glass of red wine.

What worries you the most about the Halifax Regional Municipality and the issues it's facing?
The biggest issue is how we can become one cohesive municipality. We need to remove the barriers from our rural areas to the downtown core. We live in a great municipality and we need to include everyone, from public transit to development opportunities. Every community should have the same opportunities to have the same services and upgrades as everyone else.

How would you describe your opponents in this race?
This district’s candidates have great ideas and some common goals for our varied communities and we are all aiming for the same goal which is to represent our residents to the best of our ability as the next councillor for District 1.

What’s something you don’t know, but want to learn?
How to play the bagpipes.

What do you promise NOT to do if elected?
I promise not to make quick or rash decisions especially if it affects residents of District 1. You need to listen to the new and current issues of the residents and not dwell on the past issues that others may have had with any council member. It takes a lot of time and integrity to put your name forth as a potential councillor and everyone should be respected for their experiences.