26 concerts to spice up your summer 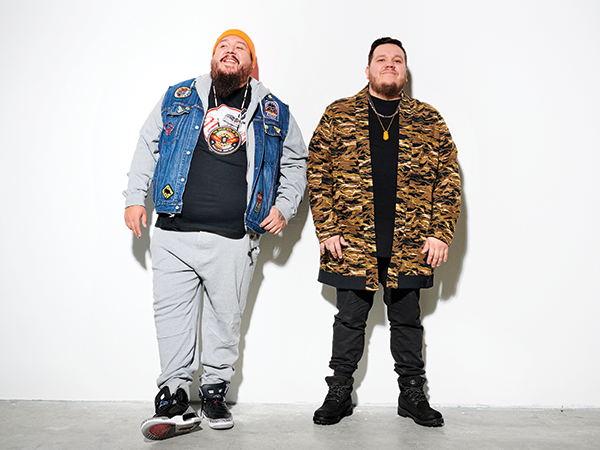 June 22-23
Matt Andersen and The Mellotones w/Bobby Bazini
It's not the first time New Brunswick's blues king has kicked it with the Halifax party-starting eight-piece (they co-headlined a gig at last year's Jazz Fest)—but, this time around, there will be a stack of new songs awaiting from Andersen's upcoming Halfway Home by Morning.
Rebecca Cohn Auditorium, 6101 University Avenue, $50/$55

June 26
Alysha Brilla
The Juno-nominated performer, songwriter and producer lands at Stayner's with her signature blend of Indian and African rhythms reflecting her Indo-Tanzanian heritage. Steeped in soft, acoustic stylings, hers is the sort of music that cradles your heart while opening your eyes.
Stayner's Wharf Pub & Grill, 5075 George Street, $20

OUT OF TOWN
June 28-29
Classified
Nova Scotia's own drops fresh verses at this fire live set that will prove the sweetest season of all has finally arrived. Shore Club, 250 Shore Club Road, Hubbards, $40

July 1
Canada Day 2019
OK, alright, A-Trak (who used to go by the name Duck Sauce) may have headliner status at this year's all-ages birthday party for the settler state, but to us, the stars of this show will always be opening act The Sorority—AKA the four-piece hip hop group from Toronto that's currently delivering The Six's hottest bars. In other words? Don't even dream of arriving late. (In fairness, A-Trak has worked with the likes of Kanye West and Lupe Fiasco, discovered stars like Kid Cudi and his 2010 hit "Barbra Streisand" is still stuck in our heads.) As ever, fireworks cap things off at 10pm.
Alderney Landing outside stage, 2 Ochterloney Street, Dartmouth, 5pm-12am, free

July 9
Shannon Quinn album release
In the world of Celtic fiddle tunes, Shannon Quinn is a big deal: She's jigged and reeled with the likes of Cirque Du Soleil and Symphony Nova Scotia and has performed at Walt Disney World and in Nashville. Here, she celebrates her latest effort, Watchmaker, which is bound to be full of toe-tappers.
The Carleton, 1685 Argyle Street, 8-11pm, $22.50

OUT OF TOWN
July 13-14/August 18-19
Makayla Lynn
Lynn's taken her early-Taylor Swift vibe to Nashville, shared the stage with the likes of Carrie Underwood, gained major props from Rolling Stone and has won awards like Music Nova Scotia's Entertainer of the Year. Here, she shows us this summer is all hers with a stint of all-ages shows at White Point Beach where she hypes her latest single, "I'm Over You."
White Point Beach Resort, 75 White Point Beach Road 2, Hunts Point, 8pm, free

July 18-21
Wannabe, a spice girls tribute
The world-travelling Spice Girl impersonators are zig-a-zig-ahhing in Halifax one more time, playing four nights at Fountain Hall to the delight of many aged '90s teens. It's the only place you'll see the super group with Posh in tow. If you can't dance to this you can't do nothing for me baby.
Neptune Theatre, 1593 Argyle Street, 7:30pm (2pm July 21), $30-$56

July 19
For All Mankind: A Music & Video Tribute to Apollo 11
The Bedford Brass Quintet invites you to relive humankind's giant leap with this sonic tribute to the moon landing that features pop hits from the 1960s blended with footage of the space mission.
Maritime Museum of the Atlantic, 1675 Lower Water Street, 8pm, $25/$30

July 27
Burnt Black
Burnt Black was spawned in the sonic space of rotten, dark metal, coming together to make loud, eardrum-shredding noise in 1994 Yarmouth—of all the unexpected places. While Nova Scotia's music scene at the time was mostly thought of as Sloan-types and fiddle tunes, this four-piece wanted to mosh straight into the sea. Here, the dudes reunite for a one-off reunion show that's sure to melt your face.
The Seahorse Tavern, 2037 Gottingen Street, 8pm, $15

August 9
Amy Helm
Yes, sure, Helm is the daughter of The Band's legendary drummer and singer Levon Helm, but she's long since proved she stands on her own musical feet, with a sun-bleached take on Americana that's the sonic equivalent of an August afternoon.
The Carleton, 1685 Argyle Street, 9pm-12am, $33


A Tribe Called Red
You do have to wait until the back half of August for one of the summer's hottest dance parties, but it will be worth it as A Tribe Called Red makes The Marquee thump with its signature blend of Indigenous songs and EDM beats.
The Marquee Ballroom, 2037 Gottingen Street, 9:30pm, $27/$33

OUT OF TOWN
August 22-24
Matt Mays
Mays' annual rock 'n' roll pilgrimage to Hubbards is, by now, a sign summer's swan song is nigh. It's also, by now, well beyond sold-out—because if anyone has fans who don't sleep on tix it's the long-haired balladeer of Dartmouth.
Shore Club, 250 Shore Club Road, Hubbards, 10pm