Fingers crossed they’ll be back in May to compete in the IIHF Women’s World Championship. 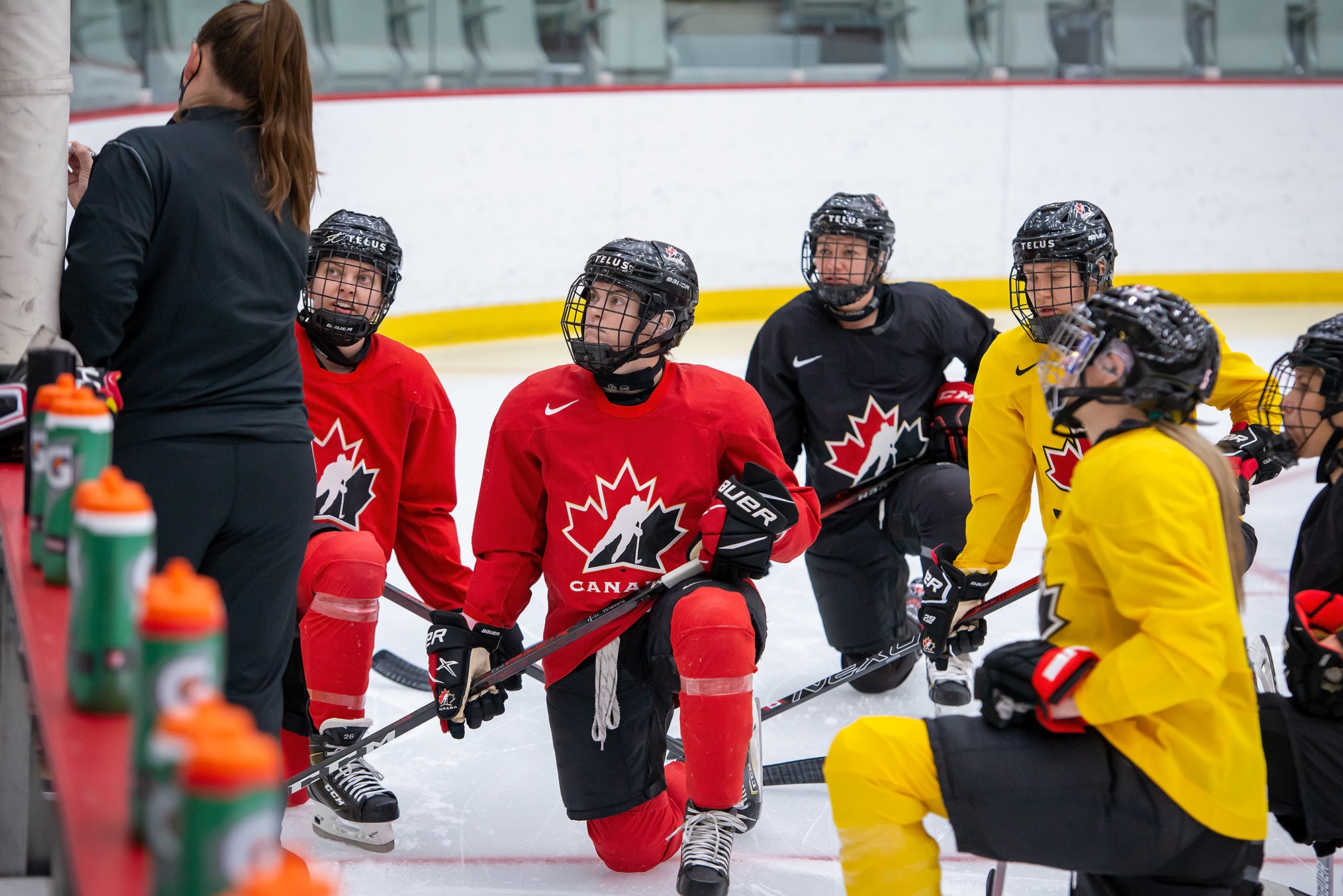 Some of the best hockey players in the world are on the ice in Halifax this week. You can’t watch them in person right now, but hopefully they’ll be returning in May for the IIHF Ice Hockey Women’s World Championship in Halifax and Truro.

Since Monday the rink at Halifax’s Scotiabank Centre has played host to 35 players–six goalies, 10 defense and 19 forwards–for Hockey Canada’s March training camp. Each of them is trying to earn the top honour in the land of Canadian hockey: Being one of the 23 players chosen to wear the Team Canada jersey and compete against nine other top teams from around the world.

These athletes managed out-skate, out-shoot, out-pass and out-stick handle their competition year after year to make it to the top. Then they had to outwit a pandemic that hip checked the world, and finally convince organizers to let them practice–promising to abide by the province’s 25-person limit for practices. (A limit that’s expanding to 60 as of Friday, March 5 when the latest lockdown lifts.)

The training camp acts as a dual-purpose try-out/practice preparation for the Women’s World Championship, which is now slated to go ahead May 6-16 after being postponed last spring because of Covid. The International Ice Hockey Federation announced the dates today, saying it’s waiting on final approvals from the province of Nova Scotia.

The press release from the IIHF points to Nova Scotia’s pretty notable COVID-19 record, saying “going to Nova Scotia, the world’s best national teams in women’s ice hockey will play in a region that is one of the least affected by the pandemic among the big hockey nations. There is currently an active case rate in Nova Scotia of under 4 per 100,000.”

And Gina Kingsbury, the director of national teams for Hockey Canada, said in a release, “The anticipation to compete in a women’s worlds on home ice in Halifax and Truro has been building amongst our team for many, many months, and we are excited about the opportunity to return to the East Coast.”

After all that practice pumping resources into allowing the NHL to return and the World Junior Championship tournament to take place over the Christmas holiday, it’s good to see that this–the biggest hockey competition after the Olympics–should be able to go ahead.

Hockey Canada’s communications manager Esther Madziya says a normal year for Team Canada would have seen a September training camp, along with a number of games against the United States as part of the cross-border Rivalry Series. Plus there’s usually a Four Nations Cup tournament, whereCanada, the US, Finland and Russia all play before the big world championship tournament in spring.

Thanks to C19, this week in Halifax is only the second time that players trying out for the team are on the ice together, and Madziya says many Canadian athletes who go to university–and play hockey–in the States aren’t attending. Because of that, coaching and management staff won’t be making their final decisions on who will get a spot on the 23-player roster just yet.

With the province’s about-face on Covid restrictions this week, and Nova Scotia continuing to keep infections low, we’ll keep our fingers crossed that when Canada’s best hockey players are back in town, we can fill the stands and watch in awe.

Here’s the full roster of players in town this week: