Turo is a big deal in the sharing economy, serving as the Airbnb of car rentals for about 10 million people around the world. But you can be forgiven if you’ve never heard of it, because Turo hasn’t been available in Nova Scotia—until today.

To drive attention for the local launch, Turo Canada’s managing director, Cedric Mathieu, came to town, and we went for a spin in the province’s very first Turo-shared vehicle. While tooling around the literal high points of tourist Halifax (Citadel Hill and the explosion memorial at Needham Hill), Mathieu explained how his industry works. Here are the highlights of that chat, seven concepts that will take your knowledge of the car-sharing business from zero to 60.

Mathieu met her when she picked him up at the airport, a service option called “delivery” in Turo lingo. Although the ability to connect random individuals in a new type of business transaction is only possible on a large scale thanks to the web and mobile apps, Turo leans into the human part of the interaction. Mathieu and Elle drove from the airport back to her place to do the requisite car inspection (including photos), key hand-off and chat about any quirks in the car and/or local driving conditions. Then Mathieu took the car to the Airbnb where he’s staying, becoming both the first local Turo “guest” and a case study in sharing-enabled tourism. He picked me up in Elle’s car, a zippy Genesis coupe, and we took off.

Turo came to Canada in 2016, launching in Ontario, Quebec and Alberta, and has grown to currently have over 600,000 users and 20,000 listed cars. Adding Nova Scotia as a first Canuck expansion step was a natural choice, as we have a relatively large market of visiting tourists, app data shows a lot of Turo users have already tried to search for cars out here and there’s a meeting room named Cabot Trail in Turo’s office. Plus Turo isn't facing major backlash locally and internationally like housing-sharing company Airbnb or ride-sharing giant Uber. So why has it taken three years to come to the east coast? “It took time to get the right insurance in place,” says Mathieu.


3) Insurance is the engine that runs car sharing

It’s one thing to rent your home to a stranger whose main qualification is the ability to download an app. There’s only so much damage that can be done to, or with, a building. But putting phone-toting utopians into unfamiliar vehicles for the express purpose of driving around alien locations seems inherently risky. “Safety and trust is very important in this model,” Mathieu says, which is why Turo partnered with Canadian giant Intact Insurance on a whole new “insurance product” to cover hosts and guests any time the car is being rented; Intact’s logo is prominently displayed in the app and at Turo’s site. The company has now cleared whatever hurdles stood in the way of insuring Nova Scotian cars. 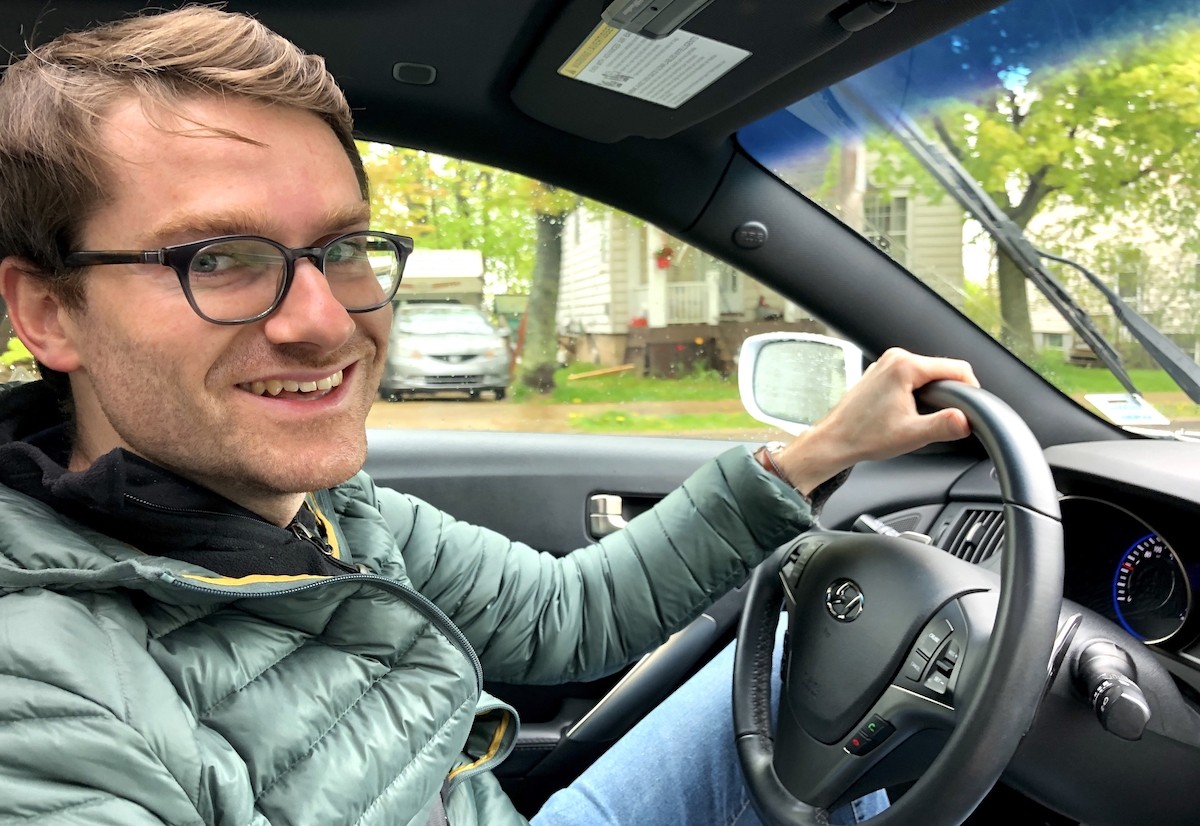 4) People don’t use their cars very much

Turo surveyed Atlantic Canadian car owners and confirmed a pattern seen in other places: more than 90 percent of the time, cars are parked. Mathieu says the average person only drives about 380 hours in a year, but is paying the costs of having a car for the whole year, letting thousands of hours of excess capacity go to waste. If you drive 20 minutes to work in the morning, park for your whole shift, then drive home at night, you’re living the crappy end of that ratio. And you might pay attention when Mathieu says a typical Turo host rents their car out eight or nine days a month, earning around $650. But turning your wasteful commute into cash isn’t that simple, because…


5) Turo’s minimum rental is one day

So those hours your car is parked between 9 and 5 aren’t actually available for someone to rent. And that’s because…


6) Turo is different than Uber

On the face of it, Turo and Uber are doing the same thing—helping car owners convert their whip's idle time into money. But Uber’s seeking to make people DIY taxi drivers. Turo, on the other hand, wants to create a bunch of indie renting companies, competitors to the likes of Avis, Budget and Enterprise, to “put the fun back into the car rental experience,” as Mathieu puts it. He says guests who book with Turo get to choose their exact car, from a range as large as the hosting pool, informed by reviews and the price the host sets, which “puts the customer back in the driver’s seat.” Halifax's listings will start taking shape today as hosts and guests sign up through the app, but for a sense of what's possible in an established Turo market, currently in Toronto a Dodge minivan costs $27 per day, a Tesla Model 3 is $159 and a Porsche convertible is $799. Then there’s a Delorean, like from Back To The Future, for $2,500. That sounds fun, if somebody else would pay.


7) Turo understands this might take some getting used to

Cars are personal spaces, and strangers don’t usually hands keys back and forth outside the structured world of corporate rentals. CarShare Atlantic, the local car-sharing company, maintains a comforting corporate patina by offering "Access, not ownership" through its fleet of branded vehicles, bookable for grocery runs or weekend getaways via the CarShare app, no human interaction necessary. Turo, where "Rent your neighbour's car" is a tagline, goes the other direction. “This is something that’s not very natural,” Mathieu says from behind the wheel of Elle’s Genesis. “Then you do it a few times and see it just works, and you have some money in your pocket.” After that, you just might become a car-sharing fan, too.