A beautiful archive of our people

With Wolastoqiyik Lintuwakonawa, the Indigenous musicologist Jeremy Dutcher has captured and shared his community’s culture on its own terms.

On his new album Wolastoqiyik Lintuwakonawa, Jeremy Dutcher challenges collectively held understandings of how and why we document cultural heritage.

On its cover, Dutcher sits in front of a gramophone, his stoic face signalling focused and intentional listening. Behind him is a painting called "Teaching the Lost" by Cree artist Kent Monkman, known for his quietly subversive reinterpretations of encounters between Indigenous culture and the settler gaze.

The cover—which Monkman art-directed—is an interpretation of an infamous photo of the ethnomusicologist Frances Densmore, who spent much of her career recording Native American music for the Smithsonian Institution. In the original photograph, Densmore sits adjacent to the gramophone while an Indigenous chief interprets one of Densmore's field recordings. It's an image that captures a historically pervasive—and ongoing—colonial attitude towards the preservation of Indigenous culture: One that happened within the narrative framework of preserving cultures that were being systemically controlled and eradicated.

In Dutcher's contemporary restaging, the settler is removed from the equation and he plays the part of both the subject and the anthropologist. Dutcher, an artist, musicologist and a member of the Tobique First Nation in New Brunswick, has spent the past several years studying and transcribing archival recordings of Wolastoq songs (Tobique is one of many Wolastoq communities). Among the products of that work are the 11-songs on Wolastoqiyik Lintuwakonawa and a tour across Canada that will see him performing at St. Matthew's Church on Friday May 11.

As subversive and striking as it is on its own, the cover image also gets to the heart of the project inherent in Dutcher's album. On Wolastoqiyik Lintuwakonawa, which is sung entirely in Wolastoqey, he reanimates Wolastoq songs by duetting with voices from the past and setting the songs to tuneful and bombastic musical arrangements. He's interested in capturing and sharing his community's culture on its own terms, removing the settler gaze entirely and revealing the insidious narratives that have framed the settler preservation of Indigneous cultural heritage for years.

Dutcher, who studied musicology at Dalhousie University before moving to Toronto, says his work in the archives was inspired in part by a conversation with Maggie Paul, one of his elders from Tobique First Nation. He says that Paul and others in the community had mentioned a collection of wax cylinder recordings held at the Canadian Museum of History in Ottawa—an archive similar to the collections Densmore would have produced for the Smithsonian.

"She was always really interested in learning more about our old songs, and so she pointed me in that direction," he says. "She said 'If you really want to know about these old songs, you've gotta go to the archive—that's where all the really old songs are.' So I took her up on that challenge and I went to Ottawa, where all of these wax cylinders sit, where they live."

And so began his long and meticulous dive into the archived songs of the Wolastoqey language. While the recordings, captured by ethnomusicologist William Mechling, have since been transferred to reel-to-reel tapes and digitized, Dutcher says the original wax cylinders hold a particularly special and complicated heritage.

"It was pretty incredible to just be in the presence of these things," he says. "They're very very fragile, and very sensitive to breaking, so I didn't get to spend too much physical time with them. They're kind of unimpressive in what they look like—it's just a cylinder of wax. But what's contained within them, for me, that was life-changing."

On one hand, Dutcher says, this archive has played a role in preserving the music of a community whose numbers have been on the decline—some estimate there could be as few as 100 Wolastoqey speakers left, a critically low number that he suggests holds the possibility of disappearing altogether if action isn't taken during this generation.

On the other hand, he also acknowledges that works held in a national archive in Ottawa are difficult to access for people in other parts of the country. Dutcher says that it was this question that prompted his interest in recording an album of these songs: Creating this record was a way to make them more available to Wolastoq, and to share them within a new narrative framework.

"For me, it kind of came down to accessibility," he says. "How do I make these archives the most accessible to other Wolastoq, other people in my community? What's the best way for me to go and give them access to this? I could go and do 100 shows. But that's not going to catch as many people as, you know, making it available on Spotify, making it as readily available to access, to just show them that there is this beautiful archive of our people."

Beyond the limited accessibility of these archival recordings, Dutcher's project asks questions about the ethics of the salvage ethnography practiced by Mechling and others. Many anthropologists and ethnomusicologists in the 20th century, whose practices often centred on documenting and preserving Indigenous cultural heritage, worked within the narrative of preserving a supposedly dying or disappearing race of people. These stories were—and are—dangerous and pervasive: As Dutcher shows on Wolastoqiyik Lintuwakonawa, to suggest from a settler perspective that Indigenous culture is dying does not take into account the experiences of those whose culture is at risk.

"I think, for me, the reason I start this record with [the song] 'Mechinut'—which means "death chant"—"was that I thought a lot about death during this process," says Dutcher. "The narrative when these songs were collected was that our people were a dying race of people—if it wasn't collected at this time, it would never be heard again." 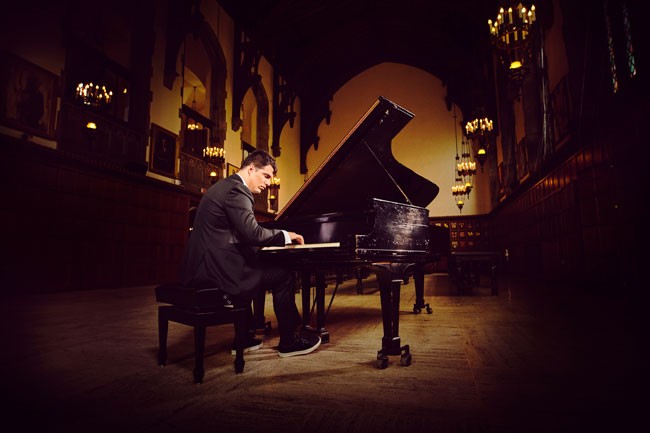 Dutcher's work also reveals a tension between a national interest in preserving Indigenous culture and a national history of systemic racism and assimilation tactics. He cites the Indian Act of 1876 as one example of this dissonance: Among strict laws surrounding Indigenous status and governance, the Act also dictated how and when Indigenous people could share or perform their culture.

"Under the Indian Act, it was actually illegal, at the time that [Mechling's recordings] were collected, for our people to practice our ceremony or sing our songs," he says. "With ours being an oral tradition, if things weren't captured in this way, we might not have anything. So it's amazing that this archive exists, no doubt. But there's a lot of complicated things around the mediation of who took that archive, and why they went into the community. There were so many questions for me around the positionality of the anthropologists themselves, and how they mediated our culture through their lens, and presented that back to the university or back to the archive."

He adds that similar narratives around the death of Indigenous cultures in Canada remain prevalent in the contemporary moment. In conversations about both his record and the Wolastoqey language, Dutcher says he continues to see an interest in grafting a narrative onto his situation, instead of listening to those whose culture and identity are in question.

"I've experienced that time and time again throughout dealing with the media and talking with people about this record," he says. "And I understand too, that it's bold language to talk about something being revived or dying. But it doesn't speak honestly about what's happening in the community."

Dutcher sees his album as a part of a larger effort—artistic, cultural, political—in his community and others to reanimate culture on their own terms. A classically trained operatic tenor, Dutcher certainly aims to create interesting, textured recordings. More than anything else, however, he says he sees his work as a resource: Something that will be used and shared in his community instead of gathering dust on a shelf.

"There's so many initiatives going on right now to save our language," he says. "There's language curriculum going in the schools that we didn't have even when I was in school, there's immersion schools now in Nova Scotia. There are so many amazing initiatives around our languages, and that's not slowing down. Wolastoqey is in a very very critical language moment right now, because our speakers are so few, that if we don't start to do it in this generation, we might actually lose it."

He's challenging people to remove their assumptions about what the role of a record like Wolastoqiyik Lintuwakonawa should be or do. Instead of hearing a larger story about the death or renewal of a language, his work asks listeners to start by listening to these songs for what they are.

"I think a lot of people imbue it with these more grandiose things than what it is," he says. "For me, this is always just a personal project for me and my community. And the way that people have connected with it is really cool, and that's fine, but there's also a reason I didn't write any of this in English.

"This is not a conversation for mainstream music or pop music or whatever. I was very specific about why I did this the way I did it—both rooted in the archive but also in the language too, rooted in my history."

Brennan McCracken is a student, writer and listener living in Halifax.