A classic case of murder 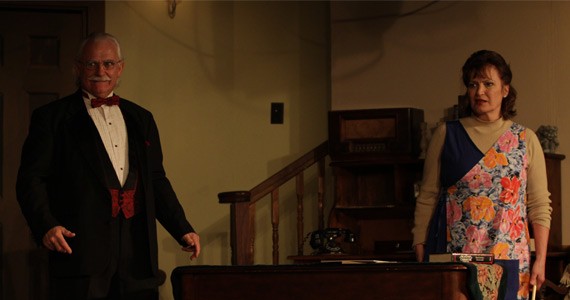 If I told you whodunit, you'd have to kill me, so let's just say that Agatha Christie's iconic murder mystery will keep you guessing till the very end. Bedford Players has chosen to stage The Mousetrap in its 30th anniversary year as a tip of the hat to the 60 years the play has been running in London's West End. The story takes place in a secluded country guest house, and the set itself captures the feeling and period beautifully. The set-up for the action is a bit drawn out, but once the characters are established and the first corpse is discovered in the parlour, things pick up. Surprisingly, there a few logical inconsistencies in the story, but it's still fun to play amateur sleuth. But beware. After seeing this play, "Three Blind Mice" will forever send chills down your spine.