A feast of Transfiguration Day’s tunes

Take yourself to church and take in this folk trio. 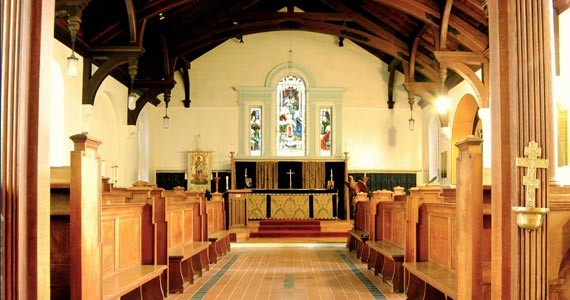 This coming weekend, the members of Transfiguration Day mark their first anniversary of performing together as a musical group. The name comes from the Feast of the Transfiguration: A Christian festival celebrated on August 6, commemorating the transfiguration of Jesus.

Vocalist Thomas McCallum says the group aims to create both contemplative and upbeat music: "I'm just so lucky to have these really professional players join me for this."

Fellow singer Karis Tees and cellist Lydia Mainville make up the other two thirds of Transfiguration Day. In March, the trio released the EP they'd recorded with Diego Medina at the Old Confidence Lodge in Riverport.

As there are only two songs on the EP, McCallum says he wanted to make sure they were "songs that would kind of show both ends of what we're able to do." The first single, "Mary Pratt"—inspired by work of the eponymous Newfoundland-based painter—leans toward the classical side.

"Peter and Anna" has a more folky Americana vibe. It's "an attempt to deceive various bluegrass festivals into letting us in," McCallum says, laughing.

As for this weekend's performance, McCallum says the audience can expect a fun show that will include both original songs and covers (namely Springsteen and Patsy Cline). Appropriately, it's all taking place at King's College Chapel, where McCallum and Tees both used to perform in the campus chapel choir. "We're just looking forward to a fun time at the space—the King's Chapel—that Karis and I grew up at, musically," he says.

Transfiguration Day currently has a full-length album in the works. Its previous release, McCallum says, is "a taste of things to come."