A long road ahead for Nova Scotians with disabilities

This week's winter storm delays public hearings on Accessibility Act, but even when it's finally enacted will it be too little, too late? Nova Scotia is on its way to becoming the province in Canada to implement accessibility legislation, after Ontario and Manitoba. But for many living with disabilities, the act is overdue.

April will mark 12 years since 40-year-old Paul Blaauw was last employed. He previously worked at a computer shop, where he enjoyed his role assembling and installing software in computer systems. Give him a computer to fix, and he promises he’ll be done within three hours. But more than a decade without work has left him discouraged.

“For the challenge in finding employment is that, you know, I feel like I have to do extra to convince people that I am capable of doing what they want me to do,” he says.

He explains that most employers don’t seem to see past his wheelchair. Blaauw, born with a hole in his spine, is one of 143,760 Nova Scotians living with a disability.

In Halifax alone, there are 51,030 persons with disabilities. Statistics Canada also reports that one in five Nova Scotians, 15 years and older, identify as having a disability.  Essentially, the province has the highest prevalence of people living with disabilities— 19 percent compared to a national prevalence of 13.7 percent. 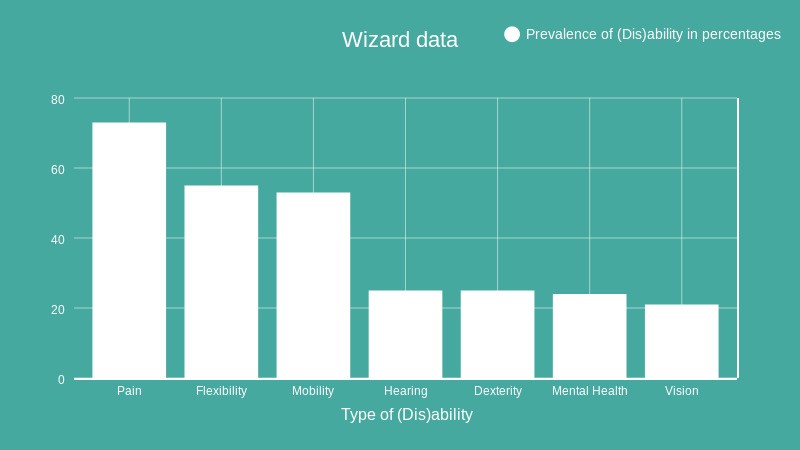 The introduction of Bill 59 (The Accessibility Act), which passed first reading last November, would help establish accessibility standards to enable inclusion for Nova Scotians living with mental and physical disabilities. Blaauw, like many others with a disability, is displeased with the bill, which was delayed from being enacted after immense criticism about its vague rules and lengthy exemptions.

“Window dressing, lip service, pandering to able-bodied people who don’t necessarily know what I go through in the course of a day,” are what he says were his first thoughts concerning the legislation.

Tova Sherman, founder of the non-profit Reachability that advocates for differences, says employers want to do the right thing but are afraid.

“In other words, if I hire that person with and they fall, am I responsible? There’s so much fear of doing the wrong thing people choose to avoid. And that’s where I think we lose business,” she says.

Blaauw feels that though implementing legislation is significant, there is a lot more work to be done.

“Any physical barrier that’s in place can be removed, and yet the removal of those barriers depends on the attitudes and viewpoints of the people that are in charge of removing the barriers,” he says, “and sometimes  they don’t see any point in removing those barriers.”

Speaker of the Nova Scotia House of Assembly Kevin Murphy, who is also a wheelchair user, says, “We recognize for all kinds of reasons—financial, not the least of which—that this is going to be a journey that will take a couple of decades, if not, three or four, to get us to a point where we can confidently say that every single Nova Scotian has the opportunity to be the best they can be.”

Public hearings for Bill 59 at the law amendment committee had been scheduled for this but were postponed due to the  blizzard.