A passing of the torch at LOVE

Dennis Adams takes over from Sarah MacLaren at the youth support organization. 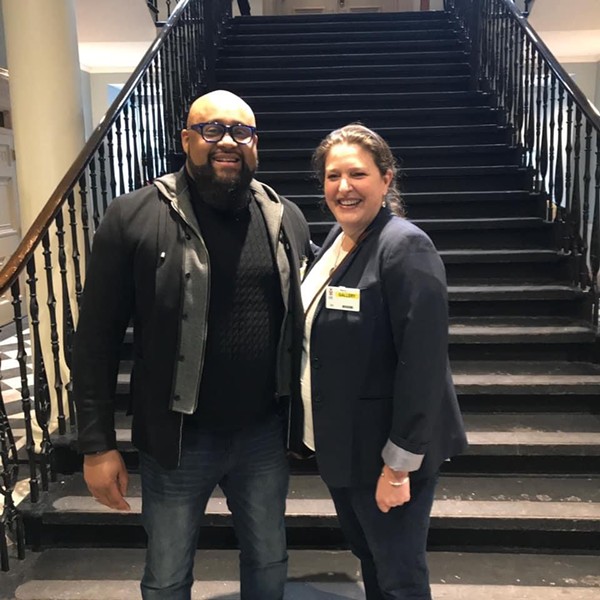 As LOVE Nova Scotia, an organization which provides guidance and support for young people in vulnerable situations, celebrates its 20th anniversary this year, youth support worker Sarah MacLaren is stepping down from the executive director role after two decades at the helm. She says “now is the time for change,” and she’s ready to pass the torch to her longtime co-worker and friend Dennis Adams.

LOVE—as in Leave Out ViolencE—was founded in Montreal in 1993 by Sheila (Twinkle) Rudberg; after her husband was killed by a 14-year old boy, Rudberg wanted to help end the cycle of violence in the lives of many youth. Since then, LOVE has blossomed from a small grassroots group to a flourishing organization with sectors all across the country. (Coast publisher Christine Oreskovich serves on the LOVE Nova Scotia board of directors.)

MacLaren, who has a background in youth counselling, decided something was terribly flawed with the typical “close case” approach to social work. In that approach, as soon as a person is considered adequately “helped,” their case is closed and support professionals cease all contact with them. But MacLaren says she didn’t think this was the best way to help vulnerable young people, and wanted to create a program that allowed youth to maintain an ongoing connection with youth care workers.

“When you form a trusting, caring relationship with a kid that we determine needs that, it didn't make a lot of sense to me to close the case—no contact,” she says.

MacLaren started the Nova Scotia chapter of LOVE operating out of an old car, serving only 15 kids at first. Over the next two decades, LOVE helped thousands of youth. MacLaren says she’s proud of all that the foundation has been able to accomplish, and she’s learned a lot about herself. Now she’s ready to step back and see what Adams can do for the organization.

“I feel reflective, fortunate and really hopeful for LOVE’s future,” says MacLaren. “You don’t know if you’ve actually built something until you leave it.”

Adams, an experienced social worker certified in non-profit management, came to LOVE 17 years ago. He has since been the organization’s first point of contact with youth in the province. But even prior to working in the social services sector, Adams has been primed all his life for this kind of work.

“My mom worked in many programs over the years. I watched her,” he says. “She became my role model and I kind of followed in her footsteps,”

Adams’ mother also at one point worked for the parole board, helping people get out of jail—-work that Adams said profoundly inspired him. He is a self-proclaimed feminist, something that he says helps him relate to the youth he works with.

Over the years Adams has watched the organization grow and has even been part of numerous youth trips where program members would get to travel all over the globe—places including Poland, Auschwitz, France and New York—doing volunteer work. “That’s what LOVE is all about,” says Adams, “giving opportunities that regularly people would not have, and we reach for that.”

Adams commends MacLaren for her work over the years, saying the trip to Poland was all her idea, and now he hopes to bring a few of his own new ideas to the table. One of the primary ones would be getting a LOVE representative into schools. “It would be a youth worker in the school and then it would be an after school program where we feed the kids,” says Adams, who thinks this program would also work on youth development and mentorship.

Under MacLaren’s leadership, LOVE has grown to support over 300 youth every year, and Adams says he hopes to continue that work. Right now LOVE is working on offering programs online and setting up one-on-one meetings with youth in need.

“It feels so good when you are doing the work and it goes to the people who need it,” Adams says. “It just feels great. It’s what I live on.”