A peek inside Tin Can

The filmmakers behind 2017’s festival fave *The Crescent* continue the sci-fi creep show. 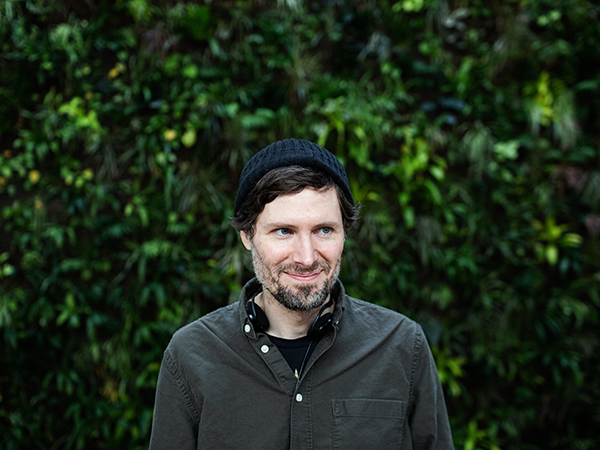 jessie wells
“The movie will tell you what it wants to be like,” says Smith.

Seth Smith works quietly, switching his glance between an an oblong tunnel and the set as it is captured on a camera monitor. The director is surrounded by actors in metallic suits and crew members confirming scene numbers, but he looks as if he's in his own world. As the take is called with a clapperboard, he breaks his silence: "This is going to be the best shot of the film," he says, talking to no one in particular, maybe just to himself.

It's an unseasonably sunny day in late March, but you wouldn't know it where we're standing. Smith and a couple dozen cast and crew members are sequestered in the corner of a cavernous industrial space in Burnside. It's dark, it's cold, and beyond the echoing of wind against metal siding, there's little reminder of the world outside. The building doesn't look like much. But for a few months earlier this year, this is where the latest project from CUT/OFF/TAIL Productions (director Smith, producer Nancy Urich and screenwriter Darcy Spidle) was brought to life.

A few weeks following my visit to the set, Smith says over the phone that the opalescent setpieces we saw in Burnside have become a "sci-fi graveyard" in his backyard. He's at home, decompressing with Urich and their child Woodrow after what he describes as an "athletic" filming process. While Woodrow isn't starring this time around—as he did in their last film, The Crescent—Smith says that the haunting of childhood memories inspired the vision that became Tin Can.

"I find when you raise a child you kind of relive your childhood in a sense," he says. "I realized that I grew up on comic books—that's how I started drawing and being interested in movies and I just felt like the true Seth wanted to fully embrace the sci-fi genre and see what we could do with it."

Smith's work has long played around the edges of the supernatural but Tin Can is perhaps the furthest he's headed into straight-up science fiction. He's tight-lipped about the film's details and wants to maintain surprise—"I hate trailers," he says, laughing—but says that it tells the story of a scientist who awakes in a cryopreservation chamber. In other words, "a science-fiction prison film"—a movie about feeling stuck in an unfamiliar place, and what it takes to get out. That feeling of claustrophobia ended up matching the conditions in which the movie was made: On a small budget, mostly in one room and with a tight group of trusted collaborators. For Smith, it was about letting the filmmaking process dictate the product.

While means were still limited—"there were still a lot of people doing five jobs"—Tin Can is the largest CUT/OFF/TAIL production yet. After originally planning on shooting in Smith's north end studio, they "lucked out" on the Burnside space with room for large sets, costumes and more. Everything from silicone prosthetics to lighting rigs were built on site, giving even the day-to-day production work a feeling of confinement.

"You just get a lot of ideas being in a dark, dreamy space like that," says Smith. "I find it's really important to use the environment and the location in trying to sculpt the picture. That's what it wants—the movie will tell you what it wants to be like."

For now, Smith says he's happy to be into the tedious and focused work of post-production. Tin Can should be on screens sometime next year—but you can expect that Smith and Urich will be planning their next creative mind-melt before then.