“It is urgent, but it's just going to take time.” 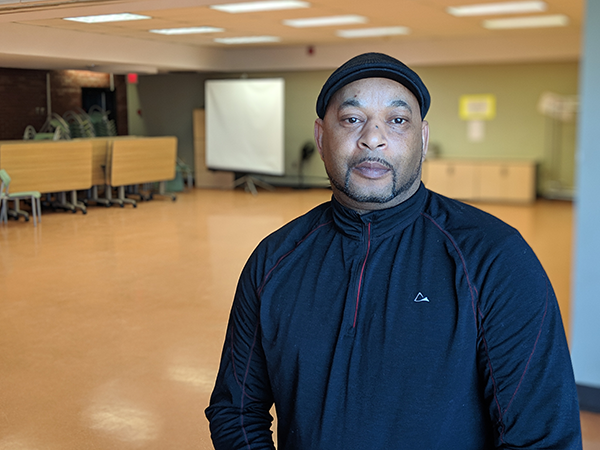 More than 40 community members and overdose prevention site advocates attended a meeting at Halifax North Memorial Library this week to discuss the location of a proposed Overdose Prevention Site in the community.

Members of the African Nova Scotian and greater north end community spoke about the historic importance of the proposed location at the corner of Gottingen and Cornwallis Streets in space in Direction 180's building—near the New Horizons Church, the mother church for the the African United Baptist Association—and called out the OPS organizers for insufficient community consultation and conversation.

Concerns that the OPS was another thing being put into his community without "actually even being involved in the conversations" led 902 ManUp to arrange the meeting, says the group's president Marcus James.

The process for actually implementing the site is also up in the air, and as a result so is who will eventually be responsible for it, which makes providing sufficient information a challenge.

Last fall, leadership from harm-reduction organizations Direction 180 and Mainline Needle Exchange along with health care workers, and some community advocates held a meeting about the need for a local Overdose Prevention Site.

In February, the group, with support from HRP, mayor Savage and others, presented its proposal to the provincial government, which included Direction 180 as the proposed location. The province said it would consider the proposal, but instructed the directors of Mainline and Direction 180 to step away from the OPS project until there was "policy directive" for implementation, as their programs already have allocated funding. An OPS would be a new initiative in the harm-reduction strategy.

In response, Nova Scotia's HaliFIX Overdose Prevention Society was formed to maintain momentum, which one of the founders and a former addict Matthew Bonn says was essential to keep things moving forward.

"We have to keep in mind that the most suffering person is the person who's still using unsafely," says Bonn. "Their lives are at risk immediately, right now, and we have to give them a life-saving service."

Councillor Lindell Smith asked city council for a report about the community implications of an OPS in the fall. Scott Sheffield is currently working on the report and says the concerns raised at the meeting "reinforced some of the pieces that I've seen in terms of other jurisdictions, the importance of community dialogue, and really understanding the situation before you step into it."

James says, "we understand the seriousness. We're not new to this, we're not new to it. All we're saying is that if it's a service that is going to go into our community, then we want to be a part of that."

While the initial proposal from HaliFIX members, Mainline and Direction 180 sits in the provincial government's hands, Bonn says HaliFIX is still intent on getting some form of an OPS up and running as soon as possible, with or without government support. Because of a federal exemption for harm reduction from Health Canada, HaliFIX doesn't have to wait for provincial approval to open up. Bonn says they are "open to suggestions" and "want to work collectively with community partners to find the best location get this foundation healthcare service that is needed.

"People who use substances are in the most vulnerable position and we need this life saving service somewhere they will access it," says Bonn.

James says after the meeting the community was feeling "for the first time in a long time, that they're part of the decision making in terms of what's going on within their community, not just on this issue, but on gentrification, you know, they have they have no voice about what's going on, and it was important for them to finally be heard."