Raise you bubble teas to another serving of Indochine! 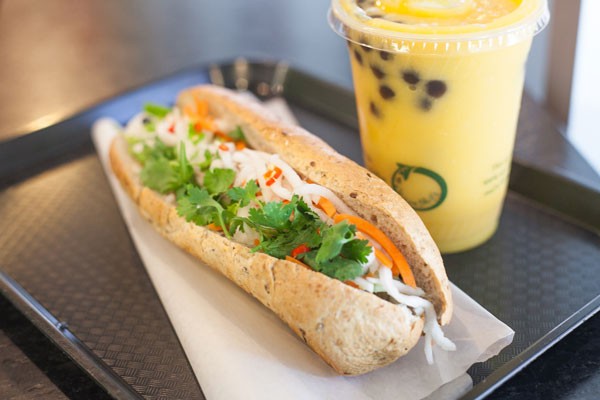 Liz Smith fell so in love with banh mi sandwiches while living in Calgary, when she decided to move to Halifax her coworkers joked that she should open a Vietnamese sandwich shop when she arrived. She did eventually, her Indochine Banh Mi (1551 South Park Street) debuted its banh mis, Korean tacos, bubble tea and other healthy and flavourful delicacies four years ago.

Now, she’s opening a second location—on Barrington Street. “Honestly in the beginning I opened this place with the plan to open another place with in a year, that was the original thinking. It took a lot longer than I thought it would to get it off the ground.” she says, adding she’s been looking for a spot for two years. “The fact that we have less than 12 seats and very little storage space, it limits us.”

She says making a move like this one wouldn't be possible without the dedicated diners that have made Indochine a success. “During the early months the only thing that kept me going was the fact we had so many regular customers,” says Smith. "Business was not brisk but we had people that'd come back several times a week. It was due to those people that I had the motivation to keep going.”

The new Indochine is moving into the former home of Crispy Cristy (1701 Barrington Street); Smith officially took over the space today and hopes to be open by May 1. Not only will the spot offer up quick and healthy eats for the busy downtown lunch crowd and tourists about town, it’ll offer the restaurant much more room to breathe. “I think the second location will be the home base for this place because we’ve run out of space," laughs Smith. "My garage at home is full of stuff for Indochine."

More business on Barrington and more banh mi? I'll drink (a bubble tea smoothie) to that.