An excerpt from The Mill: 50 Years of Pulp and Protest. 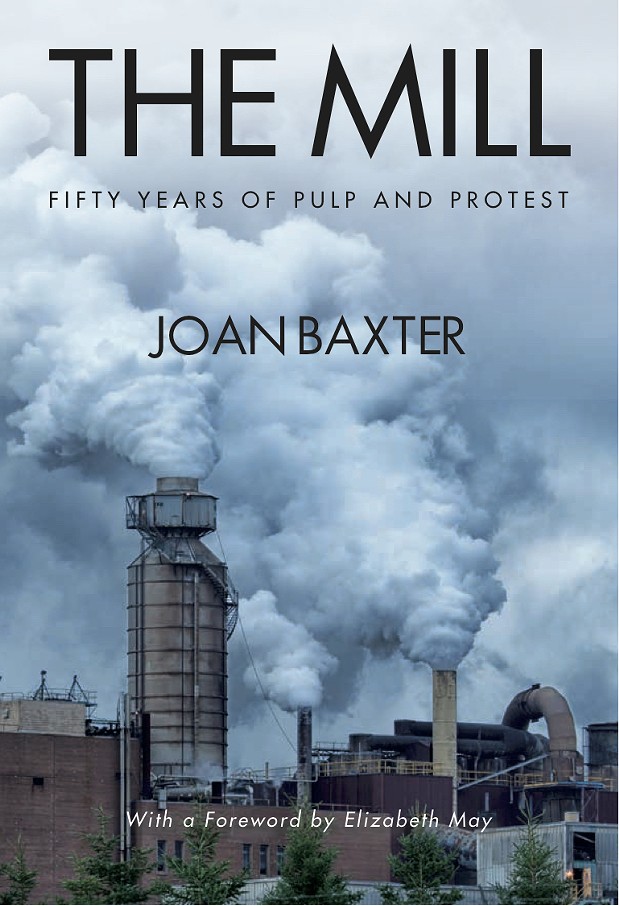 In 1964, when he presented the mill as a “very pleasant” Christmas gift to the province, [Premier] Stanfield neglected to mention what the province was giving Scott for Christmas. As part of the deal, enshrined in the Scott Maritimes Limited Agreement Act of 1965, was the offer from the province to Scott of 230,000 acres of Crown land in Halifax County, on which grew some of the finest standing timber left in the province. This was in addition to about a million acres that the company already owned in Nova Scotia and some 30,000 acres it owned in New Brunswick.

Scott would also enjoy a tax holiday for 20 years on all forest land owned by or leased to the company, including on the site of the new mill. And then there were the giveaway rates that Scott would be paying for wood it harvested on Crown land. The standard stumpage rate had been set in the late 1950s when the provincial government was negotiating a deal with the Swedish company, Stora, although in hindsight it’s not obvious on whose side the provincial negotiators were really negotiating. Not only did they offer Stora long-term leases on 1.5 million acres of Crown land±almost 40 percent of all public land in Nova Scotia—but they did so at rates that had been set for the Bowater-Mersey plant back in the 1920s, almost four decades earlier.

John Bigelow, a very experienced forester who had been engaged by the Nova Scotia Department of Trade and Industry as an expert to oversee the development of the pulp and paper industry, suggested the province charge Stora $4.40 per cord of wood from the Crown lease. At a cabinet meeting, Premier Stanfield and two of his ministers questioned that amount, and recommended the stumpage be set at just $1 per cord, so as not to upset Stora by charging it more than Bowater-Mersey was paying. Stora’s Karl Clauson had been prepared to pay more and so he was reportedly—and not surprisingly—“delighted” by this offer. And so, one can only imagine, were the Scott executives 10 years later when the government of Nova Scotia also gave them the great deal on the stumpage it would charge on Crown land of just $2 per cord, less than half what Bigelow had recommended back in the 1950s.

The generosity of the people of Nova Scotia didn’t stop there. When John Bates was helping Scott find a suitable site for the mill with access to lots and lots of freshwater, he had devised the plan for a causeway across Pictou Harbour, the estuary formed by the confluence of the East, Middle and West rivers. When the deal was signed, the province agreed to construct and pay for that causeway. And just upstream from that, it would build a new dam across the Middle River. It would also install and run the pumping station to provide the pulp mill with freshwater; enshrined in the Agreement was a guarantee to Scott that it would have access to 25 million Imperial gallons (about 114 million litres, enough to fill more than 45 Olympic-sized swimming pools) of fresh water every day for the pulping process, all for an annual cost of just $100,000 or for $18.53 per million Imperial gallons, whichever was greater.

In addition, the province said it would “cost, own, operate and maintain” the system that would handle all the mill’s effluent, which involved a toxic mix of wastewater, wood fibre and chemicals. For this service, Scott would pay the government just $12.03 per million Imperial gallons, or $100,000 a year, whichever was highest. And like the cherry on the top of the huge and sweet cake that the province was baking for Scott, the government said it would also “indemnify and save harmless” the company from all claims relating to the effluent.

Expensive infrastructure at no cost to the company, vast tracts of forest for the cutting, massive amounts of inexpensive water, and many millions of litres of toxic waste in return—for which Nova Scotians would be left picking up the very hefty tab. As if this weren’t enough, for good measure, the federal government also kicked in $5 million and an additional five-year holiday on income tax for Scott.